0
You have 0 items in your cart
Go To Shopping
Home > Blogs > Marcello NEW > Marcello: Love in the City | 5 | The day I fired a family man

This is a serialisation of the novel ‘Marcello: Love in the City’. After failing to befriend an icy colleague, Marcello is called upon to dismiss an emotional manager. 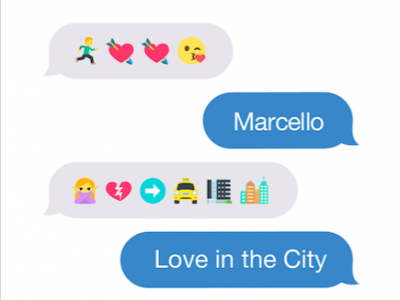 Jeremy from Loan Operations walked in. He was a middle-aged mess of balding angst. I shook his hand and poured him a water.

“Thanks for coming, Jeremy,” I said. “Martin couldn’t make it today. He was called in to something at the last moment. He sends his apologies. Please understand, it was business critical. He’d never cancel otherwise.”

“Ok, so, this time we have Esme taking notes, you know Esme don’t you? She’s not done this before, so we may have to pause every now and then so she can catch up. I will be chairing the meeting but, as you know, we’re only here to give you the outcome. Do you have any questions before we go on?”

“I understand. I see you’re alone again, I presume you’re happy to continue unaccompanied.” He nodded. “Right, so let’s recap briefly. You were called to a disciplinary hearing yesterday to discuss the allegation that you committed violence against a colleague. Specifically, that last Wednesday you attacked Billy Hume in the Contact Centre.”

“You make it sound so bad,” Jeremy said. “It really wasn’t like that. Be honest Marcello, is this because of the last couple of quarterly business reviews?”

“It’s because you broke Billy’s arm, Jeremy. With respect, we’ve been through this. Anyway, you told us it was an accident, however, as we established, you were both involved in a very heated argument. The office was also very busy at the time. Four people came forward to say you lost your temper with Billy and pushed him into the photocopier, he lost his footing and landed awkwardly…”

“Yes, wait landed awkwardly. It was bad luck more than anything, right. I mean, what if he didn’t break his arm? Would we still be here?”

“That we should let it go. But of course, we can’t take that view.”

“Oh, god.” Jeremy leaned back and covered his face.

“We’ve taken everything you said into consideration. Martin was adamant he wanted to make the right decision. Hence our overnight adjournment. Nonetheless, after thinking it over, we have concluded that this was indeed an act of gross misconduct. And as such, we have decided to summarily dismiss you. That means we are dismissing you today, without notice, or pay in lieu of notice. You have the right to appeal this decision, of course. If you wish to do so, you will need to write to Rita, within five days, and set out the grounds of your appeal. We will write to you to confirm all this shortly. Do you have any questions?”

Jeremy took his hands away from his face.

I leaned forward. “Listen, Jeremy. You need to accept this.”

Esme was glued to her pad. I said to her, “You don’t have to minute this.” Then to Jeremy: “This may seem rough, but it is what would happen to anyone in your shoes. It isn’t in any way personal. You need to learn from this experience. I know it sounds trite, but it’s the only way.”

I said, “Now, I am going to escort you out in a moment. You ok?” He nodded. “I’ll clear your desk when everyone’s gone and give you a call. We can arrange for you to pick everything up another time. We can meet offsite if you’d prefer. But for now, you need to suck it up. As for the rest of it, your pay, pension contributions, medical cover, we’ll work it all out. And as far as references go, you can say whatever you like to people. We only ever confirm the details of employment, dates and job title, so there’s nothing to worry about there. Now, let’s walk out together. You ready?”

I stood and hauled Jeremy to his feet. Whether such assistance was required, I don’t know, but it seemed necessary somehow. I motioned for Esme to remain then held the door open. Jeremy and I rode the lift in silence. At the security turnstile I palmed his ID card, and waved for the well-prepped guards to open the gate. After some hushed assurances, I hurried back up to the meeting room. Esme was reading her notes, when I burst in.

She said, “Has he gone? Goodness, that was intense. Is he ok?”

“Sure.” I collected my unmarked notepad and straightened my chair.

“That was interesting to see. The way you handled him was amazing. I don’t think I could have done that, you were actually quite compassionate and yet still direct. Hope you don’t mind me saying that. It’s just I want to get into HR, as you know. Still, that poor man.

“Right.” I patted my pocket for my wallet. “I’m actually running late for something and tried to wrap it up as quickly as possible.”

“Yeah, I’m meeting Jess for lunch and my phone is dead.”

“Yeah, I suppose I’ll have to do it old school. You know, just be there.”

Esme looked down at her notes.

“Don’t get me wrong,” I said, backing out the door. “That other stuff counts too. The thing you said about contrition.”

“Yes, that. Absolutely. Now, I’ve got to chip. Thanks for your help, if you could type those notes today, that would be amazing.”

I glanced back at Esme as I left. She was as still as a stick-insect. Another thing off the list, I thought, as I closed the door. It was actually turning out to be quite a productive day.

Next week: Marcello dates a charity worker in the dreaded, hipster enclave of Hoxton.

You can read more of Marcello’s book on WATC here.
You can purchase his book here.

0Shares
family manLove in the CityMarcelloserialisation
Previous PostTheresa May’s approval rating is the “worst in history”Next PostLondon Hughes | The feminist Comedian, Presenter and Actress on changing the entertainment industry: “BAME stories are used to tick boxes and fill quotas”