0
You have 0 items in your cart
Go To Shopping
Home > Blogs > Marcello NEW > Marcello: Love in the City | 6 | My date with an East London hipster

This is a serialisation of the novel ‘Marcello: Love in the City’. After being rejected by a corporate lawyer Marcello, the dating blogger, meets a chipper charity worker. 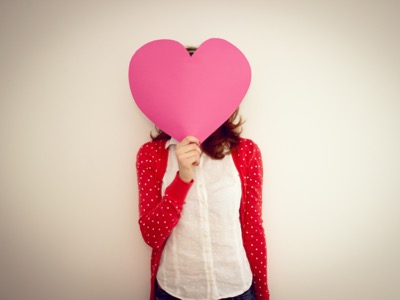 Online dating. I supposed it is all a bit like job hunting: a steady flow of rejection, interspersed with the occasional prospect. Already the process was robotic, leaving my newly revived blog saltless and unfurnished. I needed a hook – a stand-out date, something to pull in the readers. A flame-out with a perfumed maniac perhaps, a snog on the night bus, videoed humiliation on the dance-floor – anything. I had only been on one date, but the icy trajectory was clear.

It was all hurried Tuesday-night drinks and cold-eyed mutual assessment, nothing that would make for an exciting read. The ingredients in my literary stew were plain. Still, I felt a pang as I examined Chloe’s pictures (of which there were disappointingly few). She looked kind, beatific even. Maybe I could write about old fashioned romance, I thought.

The concept of ‘shabby-chic’ is artful in its deception. The conceit is a simple one: cram a ramshackle room full of junk, add a few bearded men and push the prices up. The well-off like a veneer of disorder – how else do you explain the hipsters of Peckham? The new generation of London pub provides this illusion, a place of rustic abandon and gentle decadence.

Nevertheless, I had a good feeling. Chloe worked for a charity in a fundraising role. My initial thoughts were of the dreaded chuggers of central London. She was too accomplished to actually be one, perhaps she was their master – a kind of charity Fagin. I pictured Chloe in a darkened riverfront basement, her minions close as she issued detailed orders. I could see her dispatching bib-wearing flunkies to the four corners of the city, her face twisting into a scowl as she commanded her pretties to fly.

She said, “But really it is so worth it, at last I feel as though I’m giving something back.”

I had missed the beginning of her monologue but figured I had the gist.

“Sounds great, I wish I could do something more meaningful. I seem to spend a lot of my time sacking people.”

She looked solemn. “That’s right, you work in HR, don’t you?”

It was the third time I had told her.

“I understand that feeling, when I worked in finance I felt the same. But then something happened to me. I know it sounds silly, but when I went to India…”

What followed was a ponderous tale of redemption in Calcutta. A Holiday in Hell had seemingly transformed Chloe from careerist banker to benign activist. This was good, the world needed more people like her. I didn’t necessarily need to hear about it though. But to be fair, Chloe did listen to me ramble about the ‘human’ side of HR. I spoke quickly, trying to present each bloodless HR initiative as some kind of benevolent gesture, rolled out exclusively for the betterment of the workforce. I could see the cogs whirring as she processed the counter-narrative. The corporate world was heartless and decayed – were it not so, she would never have left.

“That sounds great,” she said. “Passion is so needed at work. I get it, I used to feel the same. But don’t you ever yearn for more than the office life? Doesn’t it ever seem like a big waste of time?”

She reached across the table and took my hand.

“You work in an office as well, you know.”

Chloe smiled, clearly I didn’t understand. She went on to denigrate all office work outside of the charity sector. Her tirade reminded me of the Antipodean backpackers I had come across as a youthful sailor. They also had a fascistic view of work, and reviled any occupation that involved wearing a suit.

She said, “In a lot of ways I think it’s brave to live in the corporate world. I look at those people suppressing their dreams and just think god, how do you do it? Not you of course, you’ve travelled in your life, seen things…”

I had indeed travelled, this somehow got me off the hook. Ordinarily, I would have switched off but as Chloe was a woman of striking beauty and limitless compassion I accepted her blandishments. Perhaps she was right; perhaps the corporate world was nothing but a snake-pit. Maybe we were wasting our time. My mind flicked back to the jobs I held as a younger man: labouring on rain sodden building sites and shifting pallets in dusty warehouses. I even lived at sea before finally pushing myself into the professional world. Now Chloe would have me poo poo my position in Capitalism’s great cauldron. It was outrageous. Still, I fancied her so I was prepared to go with it.

“Maybe you’re right,” I said, placing my hand on top of hers. “There has to be another way. It seems mad, toiling away just to pay some idiot’s bonus.”

She smiled. “Yeah, right. And yet, so many people don’t give it a second thought.”

I shook my head. “Just crazy.”

The pub had filled with couples, many of the men were sullen and bespectacled, all of them skilfully dishevelled. At least four were playing board games. A man in luminous trainers was talking loudly about the new Wes Anderson film. Chloe lifted her jam jar and took a long swig. We were lucky to be here, I thought; but of course, it was not enough.

Next week: Marcello meets his older, better-looking brother for drinks and ‘womanising’

Marcello M is our male dating blogger. Follow Marcello M @MarcelloMLondon
Previous PostHillary Clinton due to “let her guard down” in new election memoir discussing challenges of being a woman in the public eyeNext PostMichelle Obama speaks out about the racism she faced as First Lady