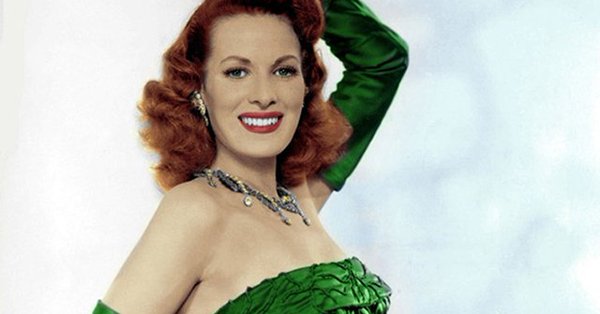 A letter from 1945 has gone viral after actress Maureen O’Hara wrote calling out sexual harassment.

The 72-year-old article was originally published in The Mirror but has since gone viral due to a tweet posted in early November by pianist James Rhodes.

O’Hara, who starred in films like The Quiet Man and Miracle on 34th Street, wrote that after rejecting sexual advances from directors’ and producers’,  she was called a “cold potato without sex appeal.”

Of being harassed, she wrote: “I am so upset with it that I am ready to quit Hollywood.

It’s got so bad I hate to come to work in the morning.”

She continued, “I’m a helpless victim of a Hollywood whispering campaign.

Because I don’t let the producer and director kiss me every morning or let them paw me they have spread word around town that I am not a woman—that I am a cold piece of marble statuary.”

This was reported in 1945. What a woman ?? pic.twitter.com/6cTFGgadNf

O’Hara went onto say that Hollywood consider her to be ‘a cold hunk of marble until I divorce my husband, give my baby away and get my name and photograph in all the newspapers.’

If that’s Hollywood’s idea of being a woman, I’m ready to quit now.”

The Mirror’s report has had a huge impact on social media, with many thanking the actress for speaking out when she did – and noting how troubling it is that nothing has changed in the 72 years since.

The great dame, Maureen O'Hara skewers the myth that women have only ever quietly tolerated sexual abuse until now. https://t.co/Uui0m27e28

Shortly before O’Hara’s death, the actress spoke to The Daily Telegraph  about how refusing to allow studio executives to harass her cost her roles.

“I wouldn’t throw myself on the casting couch, and I know that cost me parts,” she recalled.

In a recent interview with Vulture, actress Rose Marie described a producer in the 50’s harassing her on a Broadway stage.

Marie said she called him out for his behaviour “in front of everyone”.

“I said, ‘You son of a bitch, you couldn’t get it up if the flag went by!’” she said, but added that she paid a heavy price for speaking out: her role in the film became virtually non-existent after her remarks.

Rose Marie recently tweeted about the Harvey Weinstein allegations, writing: “I’ve worked since I was three, I’m now 94. With Weinstein, finally women are speaking up to power.

“I have suffered my whole life for that. Don’t stop.”