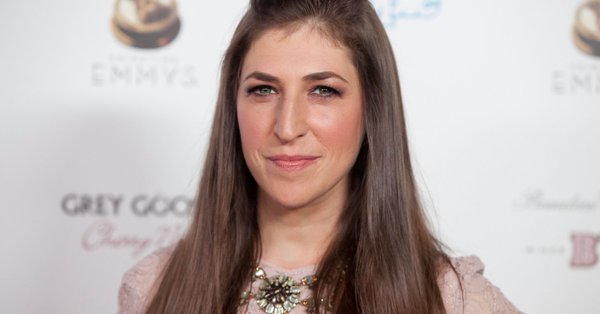 Big Bang Theory actress Mayim Bialik has been accused of ‘victim-blaming’ after writing an op-ed on sexual harassment in Hollywood.

Her essay, titled “Being a Feminist in Harvey Weinstein’s World”, was published in the New York Times, over the weekend. The actress’ op-ed was in response to the Harvey Weinstein scandal, which has seen multiple allegations of sexual misconduct, harassment and assault.

In the essay, Bialik writes that she was “shocked and disgusted by the scope of his alleged predation”, but was not surprised.

She goes on to suggest that “non-traditional” Hollywood women are “overlooked” by sexual harassers, and that she has avoided sexual harassment by “not being a ‘perfect ten'”. I have almost no personal experience with men asking me to meetings in their hotel rooms.

Those of us in Hollywood who don’t represent an impossible standard of beauty have the “luxury” of being overlooked and, in many cases, ignored by men in power unless we can make them money.”

The actress then describes the “self-protecting choices” she makes and implies that women should not be “naive” when it comes to their sexual presence.

“I still make choices every day as a 41-year-old actress that I think of as self-protecting and wise. I have decided that my sexual self is best reserved for private situations with those I am most intimate with. I dress modestly. I don’t act flirtatiously with men as a policy.”

Bialik, a self-proclaimed feminist, continues: “In a perfect world, women should be free to act however they want. But our world isn’t perfect. Nothing – absolutely nothing – excuses men for assaulting or abusing women. But we can’t be naïve about the culture we live in.”

Bialik concluded the essay by writing:

“If you’re not a perfect 10, know that there are people out there who will find you stunning, irresistible and worthy of attention, respect and love. The best part is you don’t have to go to a hotel room or a casting couch to find them.”

The essay has sparked backlash on social media, with many prominent actresses, activists and writers taking issue with Bialik’s wording.

.@missmayim I have to say I was dressed non provocatively at 12 walking home from school when men masturbated at me. It's not the clothes.

Reminder. I got raped at work at a Payless shoe store. I had on a long tunic & leggings so miss me w/ "dress modestly" shit.

So @missmayim "advice" is: I was never pretty & never tried to be & ladies, take note if you don't want to be harassed? This isn't feminism pic.twitter.com/0Rrx6jrE5K

The actress has since taken to Twitter in a statement, explaining that her words were “twisted” and “taken out of the context of the Hollywood machine”.

Being told my @NYTimes piece resonated w/ so many. Also see some have taken my words out of the context of the Hollywood machine. See below: pic.twitter.com/0NmxtAF1vP