0
You have 0 items in your cart
Go To Shopping
Home > News > Current Affairs for Women > Meet Jenny Watson, the woman announcing the results of the EU referendum

Britain is due to go to the polls on Thursday 23 June, in a historic EU referendum to decide whether to stay or leave the European Union.

The responsibility of announcing the results to the nation falls on Jenny Watson, the chair of the Electoral Commission. On Thursday, Watson will act as the Chief Counting Officer (CCO) and will be responsible for the conduct of the poll; providing guidance to Counting Officers; and the overall counting and declaration of the vote.

Watson will be based in Manchester Town Hall and will only declare the results once all the regional totals and the overall total from Northern Ireland have been announced. The Electoral Commission is currently advising that the national result will be announced ‘around breakfast time on Friday 24 June’.

Speaking to iNews about the upcoming referendum, Watson said, “My priority up until polling day is to ensure that everyone who wants to vote is able to do so and have their vote count in the way they intended.”

In her role as Chief Counting Officer, Watson will make history as the first person to oversee two UK-wide referendums; her first being the Welsh devolution referendum in 2011.

Watson is also a long-term campaigner for women’s rights, with a career in the not-for-profit sector spanning over 20 years. She has previously worked for Liberty, Charter88 and Victim Support and was also the Chair of the Fawcett Society. She was also the last Chair of the Equal Opportunities Commission before the creation of the Commission for Equality and Human Rights.

Alison is the Digital Content Editor for WeAreTheCity. She has a BA Honours degree in Journalism and History from the University of Portsmouth. She has previously worked in the marketing sector and in a copywriting role. Alison’s other passions and hobbies include writing, blogging and travelling.
Previous PostFathers are being advised to apply for Shared Parental LeaveNext PostL’Oréal and UNESCO partner to encourage more women into science

Brexit is one of the greatest threats to women’s rights, researchers warn

Theresa May: “Together build a stronger, fairer, better Britain – a Britain our children and grandchildren are proud to call home.” 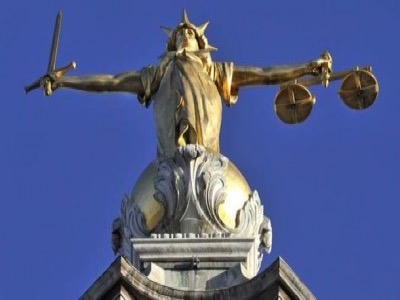 UK has the lowest proportion of female judges within the EU