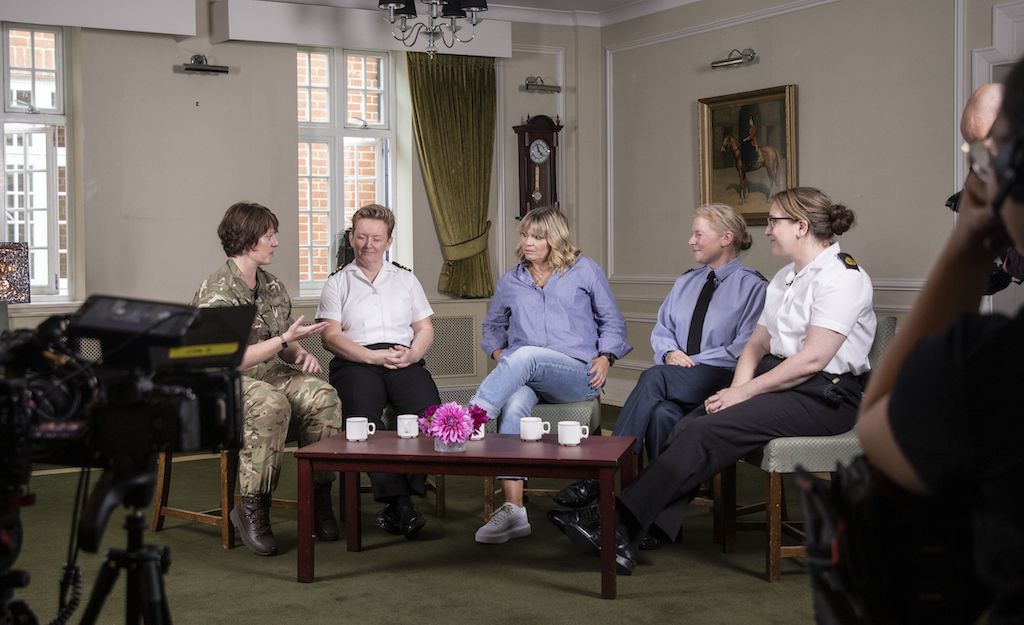 Women from the Armed Forces have opened up to TV presenter Kate Thornton about going through the menopause while serving in the military.

A group of senior women from the Armed Forces have spoken out about the effects of menopause  on their careers, as part of Wellbeing of Women’s Let’s #ChatMenopause campaign.

In a new film for the campaign, released on World Menopause Day today, four senior women from the Royal Navy and Royal Air Force open up to TV presenter Kate Thornton about how they recognised their menopause symptoms, the challenges they have faced, and how they have coped.

In the film, Jenny, who serves in the Royal Navy, said: “I have personally gone through a real mental torture actually at times. What is this that’s wrong with me? Am I getting dementia, or am I just going mad? Am I just not good at my job anymore? It took going to see a great doctor, who said, no it’s none of those things. It’s the menopause.”

Zoe, from the Royal Navy, said: “For me, it was completely unexpected, I didn’t know what was going on with me. I couldn’t figure it out. I was trying to do a job, just none of it was lining up. My symptoms included brain fog and anxiety is crippling.”

Lesley, who works in the RAF Reserves, said: “The menopause robbed me of my superpower. I could go into a meeting and literally come up with ideas at the drop of a hat. I can’t do that anymore. I’ve had to reframe it to stop beating myself up about the fact that I’m not the same person as I was three years ago.”

She continued: “The two or three times in Afghanistan where I thought I was going to die, I kind of put it on a par with that. How I felt in those moments is sometimes how I have felt on this menopause journey.”

This film is the latest in a series of emotive and candid videos of women speaking about the menopause. Wellbeing of Women is calling on everyone to join the conversation and share their stories on social media using the hashtag #ChatMenopause.

Kate Thornton talks of getting “overwhelming, like pull the car over panic attacks and then crying afterwards and feeling utterly drained, like I had been through a bit of an episode.”

Speaking about the campaign, Kate says: “It was a real privilege to meet with women from the Armed Forces and share our experiences of menopause. It’s so important to infiltrate every work space with this conversation and these women have been formidable in terms of getting our armed forces talking and better understanding what they’re dealing with.”

In the video, Kate and the women from the Armed Forces discuss menopause symptoms, such as brain fog, anxiety and hot flushes, how these affect them at work and in uniform, and how they are helping their colleagues to understand more about the menopause through education and the little actions they can do that can make a big difference.

Paula, from the RAF, commented: “I started the programme of re-educating my senior bosses and one commander said to me, ‘sit down and tell me about this because I don’t understand it,’. Now, when I go into meetings with that individual, he will see me very slowly start to go red and he instinctively knows to switch the air con on, the most subtle of actions, but it makes it so much easier.”

A survey by Wellbeing of Women has shown that more than 4 in 5 UK women aged 45-65 (86%) believe public awareness, education and conversations about the issue are too low, leaving many unsure where to turn for information and support.

The survey of 2,000 women aged 45-65 also found that more than 1 in 2 women who reported being menopausal (57%) said they would be more likely to share their own experience publicly if they saw others doing it more regularly. This rose to almost 3 in 5 (59%) for those going through the perimenopause.

Sarah Atherton, Minister for Defence People, Veterans & Service Families, said: “For some women in the Armed Forces, the menopause can have alarming effects from experiencing brain fog, mood swings and changes in fitness levels, to name a few.

“Defence is now breaking the taboo, talking openly about these effects and making policy changes to help us all understand it better and manage the consequences of the menopause.

By supporting our female personnel as they face these biological changes, our Armed Forces can retain and nurture the diversity of talent and skills we have in order to maintain our competitive edge which guarantees our operational effectiveness.’’

You can find out more about the campaign here.

Almost one million women driven out of work due to menopausal symptoms: things must change 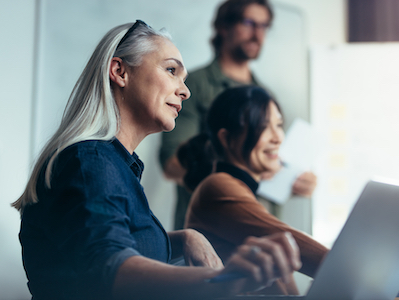 Menopause in the workplace: what does good look like?