0
You have 0 items in your cart
Go To Shopping
Home > Blogs > City Eye Blog > Mentors, Role Models, And Inspiring Women

March is the month of Mothers’ Day and International Women’s Day. You can imagine which got more attention by press and advertisers.  But much better coverage this year.  A good time to focus on women of  achievement.  Across the world women leaders are increasing, especially in Africa.

Christine Lagarde recently commented the Lehman crash may have been avoided if there had been more Lehman sisters than Lehman brothers. Christine Lagarde goes on to quote Voltaire ( the French philosopher)

“If a banker jumps out the window, follow him, there’s money to be made.   If you look at the companies recruiting more women, it’s the banks.”

Meanwhile here, in the UK the cabinet remains steadfastly male, rendering the photo of the Queen in cabinet as of  last century rather than 21st.  In fact it was the Queen who initiated with Commonwealth  countries, an Equality Charter, which she recently signed, despite having been ill.  Mainly mentioned in the press as rights for homosexuality in Africa, conveniently neglecting that it’s also about Equality for women, even her potential great, granddaughter.

We don’t always appreciate the extent to which role models influence our life choices. Frequently we neglect to pay attention to the role played by mothers and grandmothers. The values they hold. Their ambitions for us. Also the role we set for daughters, (and sons). If you’ve been lucky you’ve had some great mentors. Now is the time to pass that on on.  It may be just a passing praise, or a more planned mentoring program, but we all have something to offer.

My most surprising event was when I realized that actually people thought of me as a role model. I was the Chief Executive, at a difficult time. On leaving, a member of staff said I just wanted to tell you, you are a model for me, the way you operate, and listen to people and feed back. I think it’s important to be aware when you’re getting it right. From that I also learnt how important it is to tell people that they’re really doing a good job;

There are truly inspirational women all around you. Close to home,  Margaret Hodge MP, fiercely questioning Starbucks, Amazon, and the head of the Civil Service.

Inspirational women, who after leading their own country, didn’t do the speaking circuit, but went on to use their expertise and experience in theElders.org: Mary Robinson, ex-President of Ireland; Gro Harlem Brutland, ex-President of Norway, just this week a select committee advising on how international development can work to affect violence against women and girls, in which very little progress has been made in the last 20 years. Especially FGM, or cutting, which David Cameron and Maria Miller have committed to eradicating.

Christine Lagarde is an excellent example of  a Role Model and Inspirational Powerful Woman. You don’t have to agree with her politics, or how she handles finance, but you must admire, her fluency in 2 languages, her direct answers to questions, unlike most politicians,  her poise and confidence.  Select the attributes you admire.

Especially, on a  final note, Sheryl Sandberg’s new book, Lean in, gets her a good kicking, especially from women and feminists, but however you view her, she took Google to new financial heights, and negotiated her way to the top table at Facebook, and much of the financial success of each company is down to her expertise. Admire her her for power, for her success, for her attempt to advise and encourage women.  She’s not perfect.  Which of us are?

So who are your role models and mentors?

City Eye became interested in Overlooked and Overshadowed women, both in contemporary times and through out history. The former would include the women passed over for the Nobel in favour of their male colleagues. The later would be the wives of famous men, such as Mrs. Mandela. Her study of women written out of history, led her to interviews with interesting and inspirational women, (and some men). Extracts will be published in the articles. In no way is this men versus women, as to who is better. Simply that an overly macho, military, testosterone fueled environment, mainly men, needs the balancing attributes, often, though not exclusively, assigned to women: caring, conciliation, communication. Find out more: City Eye Blog ©christina ionthecity.wordpress.com
Previous PostThe Many Hats of Abigail Nash – Plate Spinner BlogNext PostInspirational Woman: Susan Cully | Managing Director of Marlin Apartments 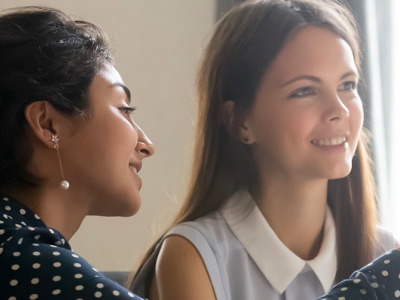