0
You have 0 items in your cart
Go To Shopping
Home > News > Current Affairs for Women > #MeToo: Hundreds march in Hollywood against sexual harassment 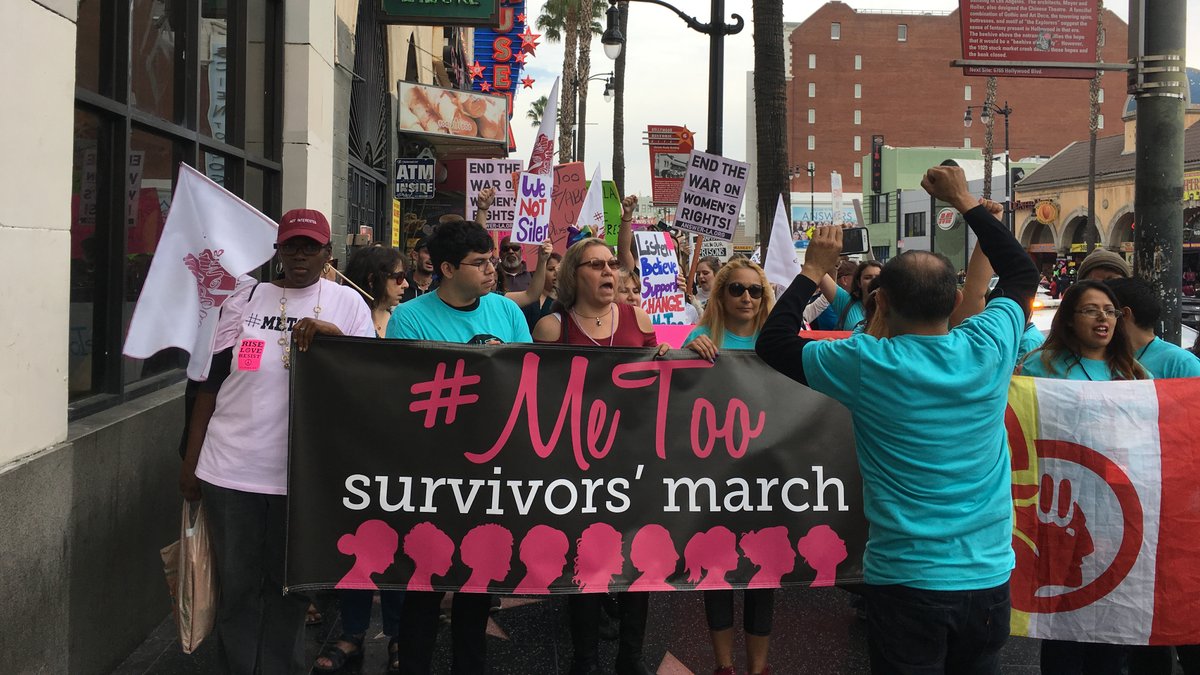 Hundreds of men and women marched in Hollywood over the weekend in support of victims of sexual harassment and assault.

The march comes after the harassment allegations against several public figures, sparked by claims about Hollywood mogul Harvey Weinstein.

Beginning the march on Hollywood Boulevard, the hundreds of harassment survivors and supporters walked along the ‘Walk of Fame’ to CNN’s headquarters.

One of the marchers, Tara McNamarra, told Reuters that the march felt cleansing after years of no one believing her stories of sexual assault.

“I’ve been sexually assaulted multiple times throughout my life,” she said.

“It’s affected me in every aspect of my life.”

The social media movement was started by activist Tarana Burke almost a decade ago, with the intent to help young black survivors of sexual abuse.

It was revived when actress Alyssa Milano, who claims to have been assaulted by Harvey Weinstein, tweeted the hashtag crediting Ms Burke.

“For every Harvey Weinstein, there’s a hundred more men in the neighbourhood who are doing the exact same thing,” Ms Burke wrote on Facebook ahead of Sunday’s march in Hollywood.

“What we’re seeing, at least for now, is a unity of survivors, a community of survivors that have grown out of this #MeToo viral moment, that I’m just hoping and praying that we can sustain.”

Burke spoke to CNN about the movement:

“The message of #MeToo is the same across the board. Sexual violence knows no race, no color, no gender, or class.

But the response to sexual violence does, and I don’t want us to get pigeonholed into a racialized or classist or sexist or gendered response to this moment.”