Millions of workers will have to work for an extra year as the government announces plans to bring the state pension age forward.

Over five million people aged between 39 and 47 will be affected as the State Pension age rises from 67 to 68.

For those born between 6 April 1970 and 5 April 1978, the pension age will increase between 67 years and one month and 68 years, depending on their date of birth.

Men and women will be affected equally by the changes, as the State Pension age will have been equalised by then.

The government accepted the recommendations set out in the Cridland report, which proposed the increase. The report highlighted that under the previous timetable the annual pension spend would have increased by one per cent of GDP – meaning a rise in taxation of £725 per household to cover the costs.

Secretary of State for Work and Pensions David Gauke, argued that pushing these costs onto younger generations would be irresponsible and an unfair burden.

Secretary of State for Work and Pensions David Gauke said, “I want Britain to be the best country in the world in which to grow old, where everyone enjoys the dignity and security they deserve in retirement.”

“Since 1948 the State Pension has been an important part of society, providing financial security to all in later life.”

“As life expectancy continues to rise and the number of people in receipt of State Pension increases, we need to ensure that we have a fair and sustainable system that is reflective of modern life and protected for future generations.”

“Combined with our pension reforms that are helping more people than ever save into a private pension and reducing pensioner poverty to a near record low, these changes will give people the certainty they need to plan ahead for retirement.”

However, the news is likely to anger campaigners who are already protesting against the recent pension reforms.

Over two million have already been affected by the pension reforms, which sped up the process of raising the pension age. Women Against State Pension Inequality (WASPI) group argue that these women, who were born in the 1950s, have had to unfairly rethink their retirement plans at short notice.

Shadow Pensions Secretary, Debbie Abrahams has also condemned the move, saying it was “anything but fair.”

She said, “Most pensioners will now spend their retirement battling a toxic cocktail of ill health, with men expected to drift into ill health at 63 – five years earlier than this proposed quickened state pension age of 68 – while women expect to see signs of ill health at 64.”

“The Government talks about making Britain fairer but their pensions policy, whether it’s about the injustice our 1950s-born women are facing or today’s proposal to increase the SPA to 68, is anything but fair.”

Alison is the Digital Content Editor for WeAreTheCity. She has a BA Honours degree in Journalism and History from the University of Portsmouth. She has previously worked in the marketing sector and in a copywriting role. Alison’s other passions and hobbies include writing, blogging and travelling.
Previous PostOver half of young girls have been bullied as Instagram is named worst for cyber-bullyingNext PostParents who have lost a child could get statutory paid leave under proposed new law 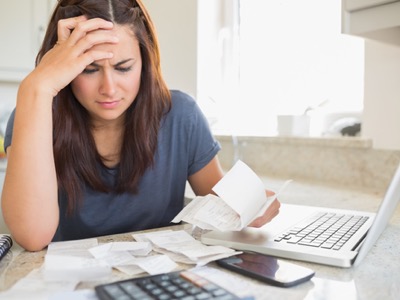