Muirfield Golf Club is expected to hold another vote regarding female membership, after it rejected women just six weeks earlier.

In May, the club received a public backlash and the Scottish course lost its right to host the Open Championships after its members voted against allowing female members.

36 per cent of members of the Honourable Company of Edinburgh Golfers, who own Muirfield, voted against allowing women meaning the club fell short of the required two-thirds majority. At the time, some members alluded that their “lunch arrangements” might be questioned if women were allowed to join.

Henry Fairweather, captain of the Honourable Company of Edinburgh Golfers, said, “A substantial majority of our members voted for change and many have voiced their disappointment with the ballot result and with subsequent events.”

“The Club Committee believes that a clear and decisive vote in favour of admitting women as members is required to enable us to begin the task of restoring the reputation of the club that has been damaged by the earlier ballot outcome.”

“The golfing community has almost unanimously regretted our decision as being bad for the image of the game worldwide. The Press and politicians of all parties have condemned the decision…and there is no doubt the reputation of the Honourable Company has suffered serious damage.”

“Considering the best way forward, the committee has concluded the current situation is unacceptable and the club can only suffer more damage if the matter is not resolved as swiftly as possible.”

“In conclusion, the committee and I firmly believe it is essential that members should vote in favour of admitting women members. The consequences of not doing so have now been starkly illustrated.” 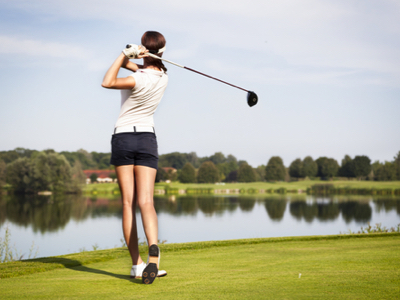