Coddington previously worked at British Vogue for 19 years before moving to the American edition. She stepped down as creative director back in January of 2016.

Of their appointments, Enniful said: “I am thrilled that Kate, Naomi, Steve and Grace are going to work with us in these new roles,”

“As two of the biggest international style influencers and supermodels, the impact Naomi and Kate have in today’s culture is enormous.”

“Being an acclaimed filmmaker and Turner Prize-winning artist, Steve will bring an increased depth to the arts within the magazine.”

Also announced as a Vogue contributing editor by @edward_enninful today: Kate Moss. A Vogue cover girl 38 times over, contributing fashion editor since 2013, and the veritable face of British fashion since the early Nineties. Photographed here by @mertalas and @marcuspiggot for Vogue, April 2017

“Grace’s relationship with Vogue started at a very young age; she has become synonymous with the title and is as much loved in Britain as is she is globally.”

“I am very much looking forward to working with these friends and colleagues on their ideas for upcoming issues.”

Moss has been a contributing fashion editor for British Vogue since 2013, whilst McQueen and Campbell have made contributions in the past.

Campbell has previously been honoured by the American Foundation for AIDS research for her extensive charity work.

This year, Campbell teamed up with Diesel to create a charity collection that will raise money for vulnerable children worldwide. The collection is called Child At Heart.

The supermodel set up her charity back in 2005, which has raised over £4.5 million for the welfare of children globally.

Alongside model Iman, Campbell set up a campaign entitled ‘Balance Diversity’, which reports on how many models of colour are used in every runway show.

Speaking about diversity, she said: “Some [designers] have gone backwards, not using black girls at all. It’s a conversation that has to be had.”

“They don’t want to change their ideal and be more open-minded to just booking a beautiful girl regardless of color,”

Edward Enniful will begin his role as editor-in-chief of British Vogue on August 1st.

0Shares
FashionKate MossNaomi CampbellPublishingvogue
Previous PostHow to answer the dreaded interview question: ‘Tell me about yourself’Next Post15 reasons why you should allow dogs in the office | Infographic 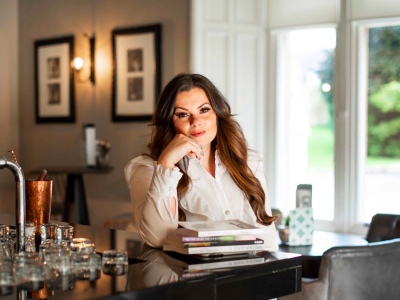