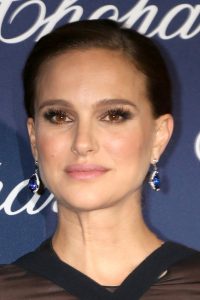 In a cover interview with Marie Claire UK, actress Natalie Portman revealed she was paid a third less than her male counterpart.

Portman was referring to her Hollywood co-star Ashton Kutcher, in 2011’s No String’s Attached. Her role was of equal weight to Kutcher’s, and the movie was released just before the actress won an Oscar for her performance in Black Swan. At the point of release, Portman was already a household name for appearing in the Star Wars prequel trilogy, and had already received an Academy Award nomination for 2005’s Closer.

On the pay gap, Portman commented:

“I knew and I went along with it because there’s this thing with ‘quotes’ in Hollywood, His [quote] was three times higher than mine so they said he should get three times more.”

The discussion of the pay gap comes on the back of 2015’s Sony hack, where thousands of documents were leaked, including the salaries of several Hollywood stars. Jennifer Lawrence admitted on Lena Dunham’s blog that leaked salary information from her movie American Hustle just made her angry at herself.  ‘I failed as a negotiator because I gave up early.’

‘I don’t think women and men are more or less capable. We just have a clear issue with women not having opportunities. We need to be part of the solution, not perpetuating the problem.’

Ashton Kutcher immediately applauded Portman for her stance on the pay gap, tweeting out on Wednesday: “So proud of Natalie and all women who stand up for closing the gender pay gap!”

Portman is a front runner to Oscar nominated at February’s ceremony for her portrayal of Jackie Kennedy in ‘Jackie’.

Previous PostHow to make sure work doesn’t take over your lifeNext PostLooking for love in 2017? Look no further…