Nearly half of Brits think that background determines success, a new poll has revealed.

The social mobility barometer found that 48 per cent of people believe that where you end up in society today is mainly determined by your background and who your parents are.

The poll reveals the scale of Britain’s ‘us and them’ society and uncovers feelings of deep social pessimism among young people. The poll found that 51 per cent of 18 to 24 year olds agreed that background determines success, compared to 40 per cent of those aged 65 and over.

The research also found that half of young people think the situation is getting worse with only 30 per cent of 18 to 24 year olds believing it is becoming easier to move up in British society.

Taken before the general election, the poll found that four in five people believe that there is a large gap between the social classes in Britain today. A large majority of people believe that poorer people are held back at nearly every stage of their lives – from childhood, through education and into their careers.

Speaking about the results of the barometer, Alan Milburn, Chair of the Social Mobility Commission, said, “Young people increasingly feel like they are on the wrong side of a profound unfairness in British society – and they are unhappy about it.”

“Perhaps surprisingly, what could be dubbed the ‘revenge of the young’ was evident at the general election with record numbers of young people turning out to vote.”

“Down the generations, hope has been a defining characteristic of the young, but this poll suggests that today youthful pessimism is becoming the norm.”

“There is a stark intergenerational divide about Britain’s social mobility prospects.”

“The feelings of pessimism young people are expressing are borne out by the facts they are experiencing.”

“Those born in the 1980s are the first post-war cohort not to start their working years with higher incomes that their immediate predecessors.”

“Home ownership, the aspiration of successive generations of ordinary people, is in sharp decline among the young.”

“Britain’s deep social mobility problem, for this generation of young people in particular, is getting worse not better.”

“The 20th century promise that each generation would be better off that the preceding one is being broken.”

“The research also exposes a deep geographic lottery in Britain today where large majorities of people from the regions feel they have been left behind.”

“The growing sense that we have become a divided ‘us and them’ society is deeply corrosive of our cohesion as a nation.”

“It is a wake-up call for the new government when six in ten people say not enough is being done to help those treadmill families who are running hard just to stand still.”

Jo Hobbs, chief executive of the British Youth Council, added, “As the national youth council of the UK, we hear from young people all the time that they are struggling and do not have hope for the future.”

“The results of the Social Mobility Barometer chime with our own research that has shown that the majority of young people feel the world is changing for the worse and that they are uncertain and worried about the future.”

“This is why we believe it is crucial that young people are given a voice and are empowered to take an active role in decisions that affect their lives.”

Alison is the Digital Content Editor for WeAreTheCity. She has a BA Honours degree in Journalism and History from the University of Portsmouth. She has previously worked in the marketing sector and in a copywriting role. Alison’s other passions and hobbies include writing, blogging and travelling.
Previous PostRebel Wilson wins defamation case against “bully” Bauer MediaNext PostElizabeth Banks calls out Steven Spielberg for too few female roles

Looking for success in life and your career? Reflection, adaptability, determination and bravery are key

Staying true to yourself and your beliefs while being successful 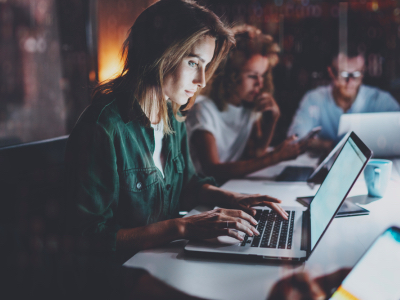