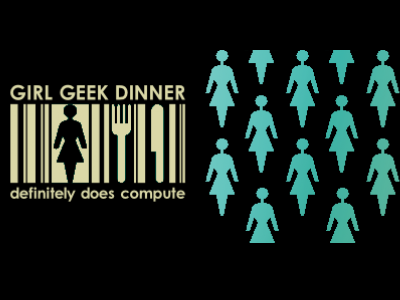 The Girl Geek Dinners were founded on the 16th August 2005 as a result of one girl geek who got frustrated about being one of the only females attending technical events and being asked to justify why she was there by her male counterparts.

She decided that she wanted this to change and to be treated just the same as any other geek out there, gender and age aside. After all to be geeky is to be intelligent, have passion for a subject and to know that subject in depth. It’s not at all about being better than others, or about gender, race, religion or anything else. Those things just detract from the real fun stuff, the technology, the innovation and the spread of new ideas.

So what did this geeky girl do to change the world of geeks and girl geeks everywhere… well she got in touch with a few well known bloggers, posted online about her idea of getting geeks to educate one another over dinner and then arranged the first girl geek dinner event with a little help from her friends. The first event had 35 people at it all from London and the surrounding area, shortly after people started to hear about the events and companies started sponsoring them to cover the food and drinks cost.

Once London was established people who attended from further afield wanted to do the same in their local towns and cities. So she trained others up in how to run the events, spreading the formula amongst them… so they then started popping up in Europe… and shortly after that over in Canada… Now they are in so many countries all around the world. Who knows where will be next.