Playback: An Extraordinary Time To Shine Like A Superstar video | Harriet Waley-Cohen

WeAreVirtual: An Extraordinary Time To Shine Like A Superstar video | Harriet Waley-Cohen

In these strange times, you have an extraordinary opportunity to demonstrate your leadership skills, to be the calm in the storm and to be seen in a whole new and even more positive light by your colleagues and boss.

This session will focus on showing you how to: 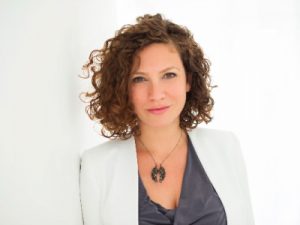 Hunted down to speak for audiences including Microsoft, Sky and Barclays, Harriet Waley-Cohen has empowered thousands of people over the last 16 years to believe in themselves and their potential. She has been through multiple transformations herself and knows what it takes to make deep rooted changes that stick, to get through tough times and emerge stronger and wiser, and not loose your sense of humour!

Harriet empowers people to leave behind self-doubt, disempowering patterns and overwhelm in favour of new ways of thinking, feeling and acting that create confidence, wellbeing and success. She is described by Vanessa Vallely OBE, MD of WeAreTheCity as “a real superwoman who empowers others wherever she goes.”

Harriet won Best Storyteller and Most Memorable Speaker at the 2019 UK Annual Female Speakers Conference, plus was given an award for Leadership in the World by The Network for Transformational Leaders at the end of 2019.