WeAreVirtual: The Art of Being Alone webinar recording | Harriet Minter

WeAreVirtual: The Art of Being Alone webinar | Harriet Minter

As more of us than ever are working from home, it can be easy for feelings of social isolation and loneliness to creep in.

We know the number one challenge for remote workers is feeling like they’re not part of a community so this webinar will address how we can build that community through technology, culture and our own networks. It will also give you tips and tricks for managing anxiety as the Coronavirus pandemic continues.

We’ll look at how our bodies process stress and fear, and suggest some simple ways to manage your stress-levels while at home. In particular we’ll look at how building a community of other remote workers can not only help you feel more confident and calm but also boost your productivity and keep your working life on track. 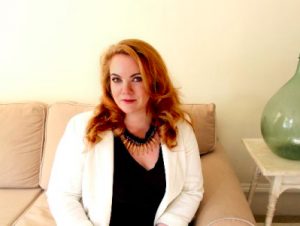 Harriet Minter is a journalist and broadcaster, specialising in female leadership. She founded and edited the Guardian’s Women in Leadership section, which focused on women in the workplace, and now writes for a wide variety of publications on the leadership, women’s rights and the future of work. She is also a columnist for Psychologies magazine and hosts The Badass Women’s Hour on TalkRadio. She’s written for publications including The Times, The Telegraph and the Huffington Post.

In 2016 she realised that it wasn’t enough to just tell companies about the changes to working practices, she wanted to help them actually develop. She retrained as a coach and facilitator and now works with everyone from traditional corporates to brand new start-ups on leadership development, diversity and culture change. In the past two years she’s given two TED Talks, the first on the importance of learning to fail and the second on yoga, which have had 10s of thousands of views.

Outside of work her passions include high heels and big boats – just not together.