0
You have 0 items in your cart
Go To Shopping
Home > Resources > What impacts working women > Female voters could decide the EU referendum, but how could women be affected?

According to a new report, female voters have the power to decide whether Britain stays in the European Union or not, as PM David Cameron calls for a referendum.

How (not) to talk about Europe, a report conducted by British Future, argues that this is due simply to the fact that there are more women than men in Britain. They also suggest that many women haven’t decided which way they will be voting and many others are yet to be fully convinced one way or another.

The report states that, “women voters have the power to decide the EU referendum – if they choose to take it. That partly reflects a simple demographic fact: there are one million more women than men in Britain, mainly due to the gender gap in life expectancy.”

“Many don’t know which way they will vote and of those that do, most are ‘leaning’ one way or another but still yet to make a final decision. This is particularly true of certain sections of the voting public, such as women and younger voters, whose final decision – both on whether to vote at all and which choice to make if they do – may decide the referendum outcome.”

Continuing the report says, “Research shows that on the issue of Britain’s EU membership, women are more open to changing their minds than men and also less certain whether or not to take part.”

What is the EU referendum?

Cameron is campaigning to stay within the EU and has already agreed a deal with Brussels to change certain aspects of the UK’s membership. This deal will be effective immediately if the UK decides to remain within the union. Those in support of the British Exit, or Brexit campaign, are arguing that Britain will be better off under free-rule, able to make its own decisions independently.

How could women be affected?

According to the British Future report, women are ‘almost twice as likely to answer ‘Don’t Know’ in most EU referendum polls.’ There are many arguments, both for and against, each claiming to benefit women.

Campaigners for Brexit, or a British exit, argue that remaining in the EU will continue to impact employment, welfare funding, the economy and Britain’s safety.

According to a report conducted by the Migration Advisory Committee, between 2005 and 2010, 160,000 people have been ‘displaced’, or left jobless, by a huge influx of foreign workers. Brexit supporters argue that there would be a rise in available jobs due to freedom from EU regulations.

Brexit campaigners also argue that Britain’s economy would improve. They argue that migrants take more out of the economy than is put in. They claim many migrants work minimum wage jobs, which are then topped up by welfare benefits at a cost to the economy.

In 2012, the Office of National Statistics announced that there had been a mini baby boom, with migrant women having 2.28 children compared to 1.89 British born women; suggesting that migrant women are claiming more child benefits.

The report also suggested that housing and rental costs are increasing due to the number of migrants coming to the UK. In 2012, the minster for housing stated that 50% of new housing goes to migrants.

Many are also arguing, however, that leaving the EU will detrimental to women. In January, over 50 prominent and successful women wrote and signed a letter to the Evening Standard, with the aim of convincing Britons to stay in the EU. The letter argued that staying would strengthen families and the UK’s economy and was signed by Kelly Hoppen, Martha Lane Fox, Karen Brady and Dame Anne Glover, amongst others.

The letter was orchestrated by the chair of Women IN, Jenny Halpern Prince who wrote, “This is the biggest choice facing Britain for a generation – and women’s views must be central. Our membership of the EU helps create jobs, helps our economy to thrive and provides really important employment safeguards, like maternity and paternity leave. We’d be putting so much at risk by leaving – it just isn’t worth it.”

As part of Cameron’s EU deal, child benefit and migrant welfare payment rules will be reformed. Migrants with children living overseas will have a recalculated child benefit, in line with the cost of living back in their home countries.

Baroness Brady, vice-chairman of West Ham United said, “For women in particular, there are things we take for granted like paid maternity leave and rules on equal pay that exists thanks to Britain’s place in the EU. For my children and future generations, I want Britain to be stronger, safer and better off, so I’m proud to be part of the campaign to stay in Europe.”

The prime minister’s deal will also include changes to in-work benefits for European migrants in their first four years in the UK; changes to the automatic free movement rights for non-EU citizens who marry EU citizens with the aim of combating ‘sham’ marriages; and protection for financial services in the City.

Previous PostWhat impact could the EU referendum have on businesses?Next PostPwC become the latest to sign the Women in Finance Charter 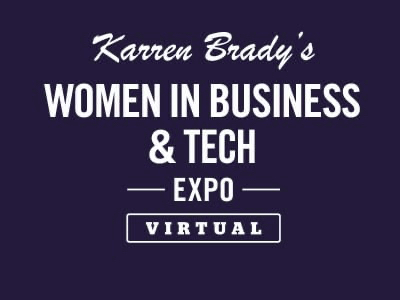