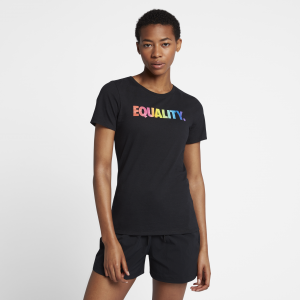 Nike has launched their 2017 BETRUE collection in celebration of the LGBTQ community.

The collection includes footwear and apparel adorned with the rainbow and other prominent symbols of Pride, including the colour pink and the triangle. Nike have also added the message, ‘run fierce’, printed onto the shoes’ sock-liners.

Nike aims to encourage inclusion both on and off the playing field with the collection and the campaign follows the company’s EQUALITY initiative that launched last February.

BETRUE started in 2012 with a grassroots effort led by Nike employees. To connect with the LGBTQ community in a personalised way, the company made a few styles with NIKEiD in celebration of Pride month. United by a common mission to innovate for all athletes and provide equal access to sport, these employees developed a plan to bring BETRUE to more people. 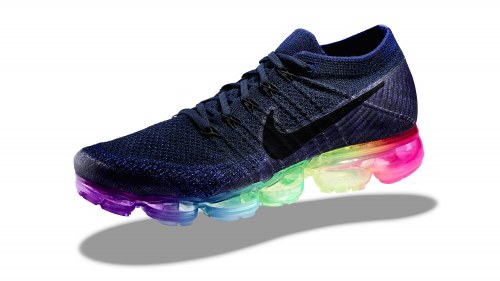 Since the campaign started, in the US alone, Nike has provided approximately $2.5 million in financial and in-kind support to LGBTQ causes.

Robert Goman, LGBT Network Leader at Nike, said, “The key for us was to create something that people could unite around to show their support for LGBTQ athletes.”

“Sporting your rainbow in the gym or on a run became a way to feel like you belonged to something larger – you were connected to being ‘out’ or being an ally.”

“The rainbow has and always will be incorporated into the BETRUE product in some way.”

Alison is the Digital Content Editor for WeAreTheCity. She has a BA Honours degree in Journalism and History from the University of Portsmouth. She has previously worked in the marketing sector and in a copywriting role. Alison’s other passions and hobbies include writing, blogging and travelling.
Previous PostKathy Griffin fired from CNN after beheaded Trump photoNext PostModel claims she was fired for having her period while working