Since the beginning of time, women have found themselves as traditional homemakers who raised children, while men have mostly gone to work in order to provide financial stability for their families. 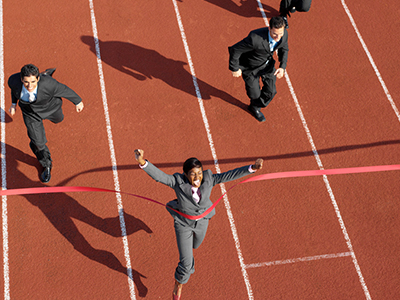 Although these dynamics are still present in some societies, more modern-day cultures have embraced the dominant role of women in the workplace. Even more so, nowadays women are gaining ground in leadership positions and establishing themselves as a gender of great influence and success.

While it is easier now to find women occupying these important positions, women are still facing challenges related to their role as leaders. All of these obstacles come down to society’s expectations of women—in the workplace, at home, or within older generations of people who maintain the traditional social constructs of what a woman must do.

Women have to juggle work and family life.

With the feminist movements striking a new balance in the economy by promoting gender equality, women have been given what they have always wanted: the right to work and provide for themselves. However, in the process of gaining the new role as a worker and provider, what happens to the role of homemaking? Generally, women take that on, too.

It appears that the majority of women in modern society will not only work a forty-hour-per-week job, but they will also keep up the house by cooking, cleaning, running errands, and taking care of children. Of course, most men will help with homemaking in some way, but they usually refer to women to make sure everything at home is functioning properly.

They have trouble maintaining the role of an authority figure.

For centuries, men around the world have considered themselves to be the only dominant force. When they are born to believe they should naturally be number-one, some men find difficulty in taking a backseat at work. More traditional men do not always acknowledge female leaders, as they will disregard women’s instruction or altogether try to enforce their own authority. Recent media has satirically pointed out “mansplaining”, or the action of men condescendingly talking over women to explain the original statement that women were trying to make. Although this notion is portrayed comically, it is very much a reality for women, especially those who are trying to assert their own influence within their career.

It ranges from country to country, but more often than not, women can be guaranteed to see less money in their paychecks than men who perform the same job. This can especially be seen in film production, where actors generate exponentially more income for their performance in movies than their female counterparts. Global conversations about this problem are only now starting to promote change, but most Western countries still show a twenty percent gap in pay. That means for every dollar a man makes, a woman can be expected to only make eighty cents.

In the workplace, employers cringe at the prospect of women becoming pregnant—and subsequently taking maternity leave—or requesting more time off from work due to health or personal concerns. Women leaders not only carry the weight of gender bias in their careers, but they also confront discrimination wherever they go.

It could be the marketing and taxing on certain products labeled “feminine” in the grocery store. It could be judgmental looks and whispers from other parents who believe more time should be spent out of work in order to bond with children. It is always hearing that what women do—engineering, construction, or another hands-on task—is a “man’s job”. And it is also evident that some governments prefer to not empower a female into leading their country.

“Our society has not fully adapted to females in power, especially in the workplace,” notes Jane Watson from aussiewritings.com. “Women have always faced challenges in their role, but they come across even more judgment now that they have created new expectations for their lifestyles. They get criticism for how they do their job, how they raise children, and for every choice in-between.”

Female leaders of the world: do not be discouraged. It is important to remember that certain freedoms will always come at a cost, and so far, the main battle has been won. Women have the freedom to work, to stay at home, to be active in government, to start their own businesses, and much more. Yes, there are challenges that are still present for females today. How can they be overcome? Speak up about these issues—whether it be to an employer, to a lawmaker, or to a family member that might need some perspective. Women have accomplished much more by having much less power. Own your role in society, however you want it to look for you. Lead by example, and eventually, the rest will follow.

Olivia is a journalist who always tries to see the bright side of things. She likes to inspire people in her writings and enjoy a mysterious beauty of twilight. Connect with her on Facebook and Twitter. 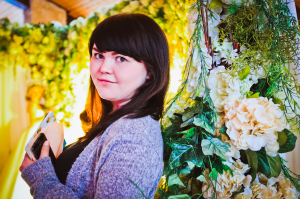 Shattering the glass ceiling for female leaders: what lessons can we learn from Kamala Harris and her leadership style?

How to inspire as a leader

Why 2020 has proved the power of female leadership