Reading this on a mobile? Click here to view

Today, on International Women’s Day 2013, somewhere in a London Underground tube carriage on the Northern line, one woman will take the radical step of reclaiming the space in which she was sexually assaulted.

When a man pressed his erection into Ellie Cosgrave‘s behind on a crowded tube and left her with semen running down her legs, she felt the powerlessness that mark so many women’s daily experiences of harassment and assault. But like thousands of other women in the new wave of feminism sweeping the UK, Cosgrave is taking a stand; finding her own, individual way to fight back and refusing to be silenced any more.

Returning to the carriage where she was assaulted, she will perform a dance to express the anger, embarrassment and discomfort that she felt. Next to her will stand a sign reading: “On the 4th Aug 2011 a man ejaculated on me in this carriage. Today I’m standing up against sexual harassment everywhere.”

For Cosgrave to go back to the place where she endured her ordeal and dance is an act of extraordinary bravery. She will take ownership of the space where somebody else exerted power over her against her will. It is a moment of pure defiance: of the man who assaulted her and the social norms that create public property out of women’s bodies in shared spaces. As a form of protest, dance wields a particular power. This was harnessed by Eve Ensler in One Billion Rising on 14 February, which inspired women all over the world to dance and demand an end to violence against them.

It might look as if Cosgrave is alone, but there are thousands of women standing alongside her, both in support and in taking on their own acts of bravery. Hers is one voice in a chorus that is building to become a deafening roar. From the bravery of Malala Yousafzai, to those who wish to honour the legacy of Jyoti Singh Pandey.

Across the UK, at the brand new university feminist societies springing up, at grassroots conferences being organised for the first time, in cafes and bars, homes and schools, women and men are creating a movement of equals – young and old, of all backgrounds, colours and creeds. They don’t need permission for their priorities – they are standing up to injustice wherever they see it, from street harassment to workplace discrimination to everyday sexism.

When Ellie returns to the carriage where she was assaulted today, she won’t just be dancing. She’s also fighting. She’s starting a revolution. 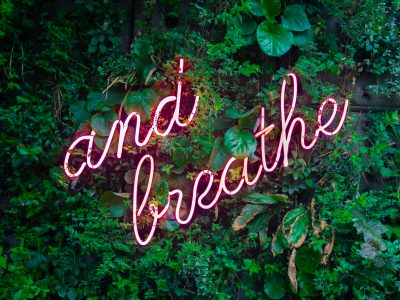 Your personalised roadmap to maintaining wellness