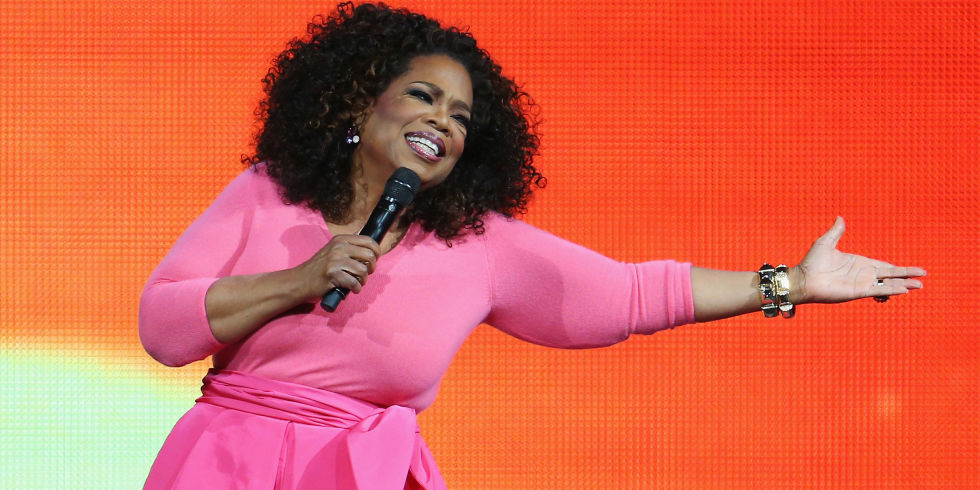 Oprah Winfrey has revealed that she threatened to go on strike in the 80’s unless her female producers were given a pay rise.

Winfrey shared her story as part of TIME’s project on 46 trailblazing women who are changing the world.

Speaking about an incident in 1986 following her syndication, Oprah said “I was making a lot of money, and my producers were still getting the same salary.

“I went to my then boss and said, ‘Everybody needs a raise’.

“And he actually said to me, ‘They’re only girls. They’re a bunch of girls. What do they need more money for?'”

In response, Oprah said she would go on strike and refuse to work unless the women were paid the same as everyone else.

“Well, either my producers are going to get raises or I’m going to sit down.

I just won’t work. I will not work unless they get paid more money.”

Winfrey added: “While I was waiting for the bosses to pay them, I paid them myself in the interim.”

In the same interview, Winfrey also described an incident in 1979 where she was being paid less than her male co-host.

The star was told she couldn’t have a raise because she didn’t have any children or own a house.

Winfrey said: “Richard makes more money than I, and we’re doing the same job. And so I feel that I should get a raise.”

And my boss said, “But he has children. He has three sons. Do you have kids?”

“But do you own your own house?” he said. “And so, tell me again why you need more money?”

Winfrey eventually admitted defeat: “I said, “Thank you very much.” I realized, O.K., I’m not going to win.”

0Shares
gender pay gapOprah Winfreywages
Previous PostJessica Alba discusses running a business: “You have to appreciate you can’t know it all”Next Post“Know for sure you are a leader, a game changer & an empowerment entrepreneur” | Jane Kenyon, founder & CEO at Girls Out Loud writes a letter to her teenage self