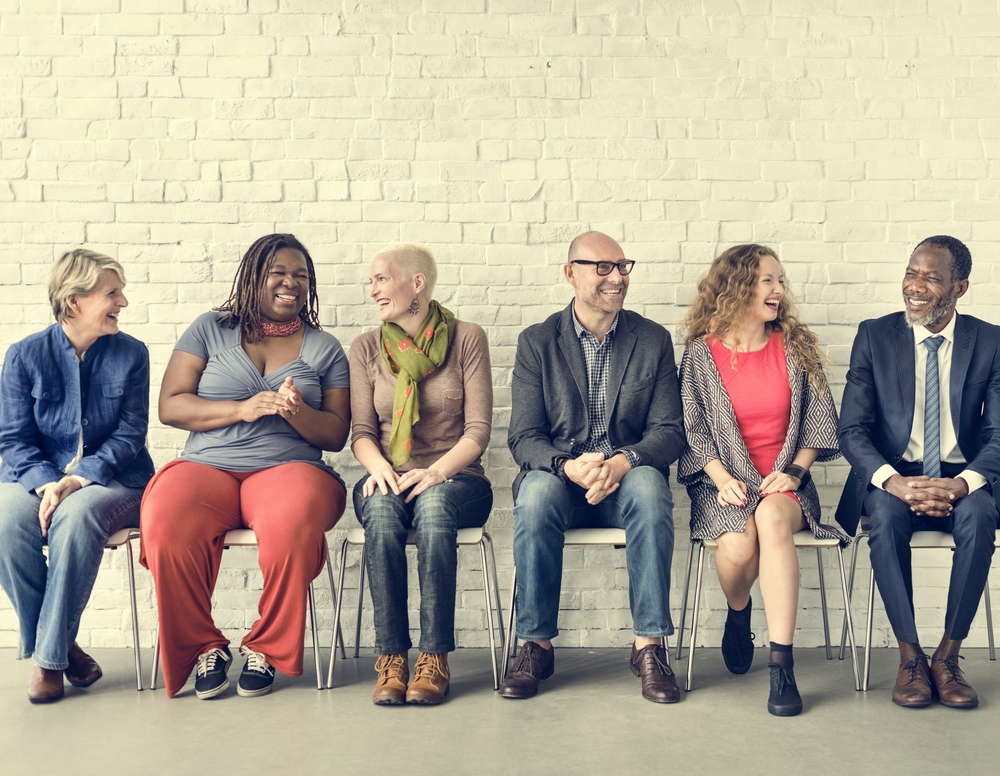 To reflect on the first month of 2020, we take a look at our favourite inspirational interviews from January in our monthly round-up.

Discover our editor’s pick of inspirational interviews for January below: 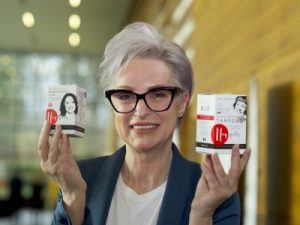 Celia is a multi-award-winning entrepreneur who founded Hey Girls CIC with the aim of eliminating period poverty in the UK. The social enterprise launched in 2018 with a buy-one-give-one business model and has since donated 6.2 million period products to people in need. 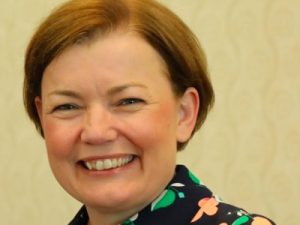 Caroline is the co-founder of Women at Work, an exclusive support group for women balancing family and work life.

With over 2,500 members, Women At Work aims to help women reach their highest potential by being part of a supportive network from a community of supportive women, wherever they work.

With over 30 years working in travel related industries and in leadership roles for companies such as American Express, Cisco, Yahoo & AstraZeneca.  She has also held several not for profit roles such as Chairman of industry associations, the Institute of Travel Management and the Global Business Travel Association.  Caroline has received a number of awards in recognition of her services to industry.  Most recently these include IBM iX Everywoman Entrepreneur of the Year 2018 for multiplying the company’s revenue by more than seven times and expanding its operations from the UK and France to Scandinavia, Germany, the US and Australia, as well as Business Travel News Top 25 most influential people 2018. 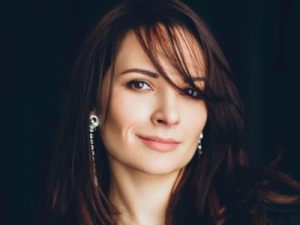 Yana Barinova is currently Chief Strategy Officer and Chief Operational Officer of the Babyn Yar Holocaust Memorial Center (BYHMC), where she has been for the past four years.

Prior to this, Yana held roles at the Konchalovsky Foundation in Moscow and KEA European Affairs, a Brussels-based consulting company. In 2015, Yana came back to Ukraine and helped to create a Museum of Jewish Culture in Odessa.

Since November 2018, Yana has become a member of the World Jewish Congress Jewish Diplomatic Corps, joining one of the working groups to focus on international human rights. She also holds the status of a Jewish Diplomat.

Yana holds Master’s degrees in both Philosophy and Economics, and is currently studying for her Ph.D. at Panthéon-Sorbonne University in Paris. 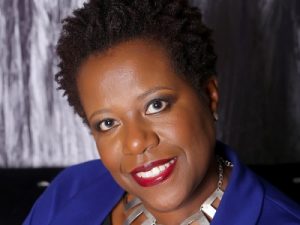 Known as the Coach for High Achieving Introverted Women, Carol Stewart is an Executive, Career and Business Coach and founder of Abounding Solutions.

In 2015 Carol was named as one of Britain’s Top 50 Business Advisers by Enterprise Nation; in 2018 she won a We Are The City, Rising Star Champion award for her work helping women to progress in their careers; and in 2017, 2018 and 2019 Carol was named a LinkedIn Top Voice UK.

Carol’s book Quietly Visible: Leading with Influence and Impact as an Introverted Woman will be published in January 2020. 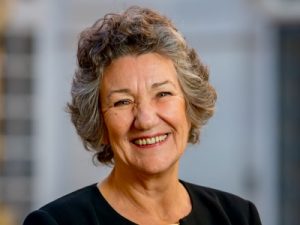 A dynamic and inspiring speaker, serial entrepreneur, mentor, angel investor and one of the UK’s leading authorities on small businesses, Bev Hurley has spent more than 30 years building successful companies.

She has a wealth of hands-on experience and hard evidence of what works and what is needed in order to grow a successful small business or build a multi-million pound company.  Under her leadership, the YTKO Group has achieved significant growth in turnover, profit and productivity year on year. A commitment to product and service innovation coupled with relentless customer focus has fuelled this growth, and underpins YTKO’s 2020 mission to support over 20,000 businesses, raise £50 million in growth finance, and create 10,000 new jobs. Clients range from the most disadvantaged individuals, to disruptive entrepreneurs in science and technology, SME and corporate clients in the UK and Europe. Bev holds a number of private and public non-executive directorships. Her wealth of successful practitioner delivery, coupled with a deep understanding of local, regional and national economic development challenges, enables Bev to provide a range of perspectives to the Institute of Economic Development (IED) for whom she joined the Board in 2011 and has served as Chair since November 2016. She was awarded a CBE in the Queen’s New Year Honours 2014 and the Queen’s Award for Enterprise in 2012. 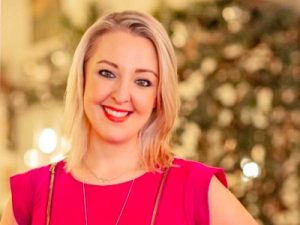 Rebecca is a single mum of two and lives in Manchester.

Buump Active is the first social connection platform in the world designed to keep new mums active after having a baby. The app is supported by Sport England – which has identified becoming a new mum as one of the key times in life when fitness levels can drop – through £346,990 of National Lottery funding. Sport England support this work and share best practice widely among the sport and health sector, so that more can be done to help support people to stay active whatever happens in their lives. 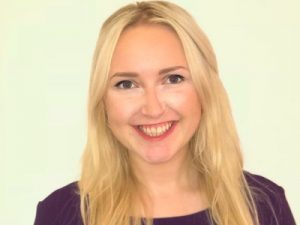 Rachel is the co-founder of luxury ethical womenswear brand, Careaux with her sister, Laura.

From an idea when she was fourteen combining her love of fashion and maths she has created a dress which changes to fit to the individual by a zip around the waist, allowing for the top and bottom to be different or the same size and to interchange to create different dress styles. Each dress is created in Manchester using ethically-sourced materials and socially responsible suppliers.

She has recently won Barclaycard Everywoman in Retail Innovator of the Year award, The EVAs Young Entrepreneur One to Watch and has been named on the Northern Power Women Future List 2019. 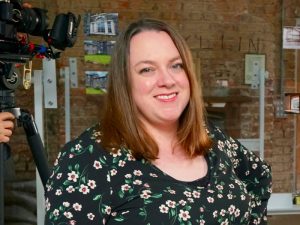 Sara has been working in museums and heritage for over a decade, as a curator, researcher, TV presenter and occasional costumed Tudor.

She is a co-founder and trustee of the East End Women’s Museum. 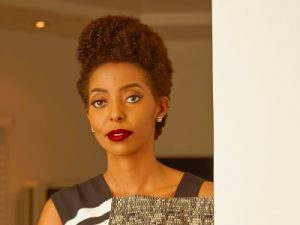 Aside from her profile as a leader in Nigeria and Africa’s corporate ecosystem, Amy is a long-standing champion for global sustainability and has recently spoken at various conferences and the U.N. General Assembly on a range of topics including gender parity and sustainability.

She is one of Africa’s few female CEOs, an Archbishop Desmond Tutu Fellow and, a Young Global Leader by the World Economic Forum. In 2014, Forbes included her in The 20 Youngest Power Women in Africa; in July 2015, the Financial Times named her one of top 25 Africans To Watch; in 2018 she was named Young CEO of the Year at the Africa CEO Forum. Alongside her work with LADOL, she is on the Prince’s Trust International global advisory board, a founding commissioner of the Business and Sustainable Development Commission, and is Vice-Chairman of the Board of Directors of the Global Maritime Forum.

Amy holds a MBA from Stanford University, as well as a BA and BMBCh from the University of Oxford. 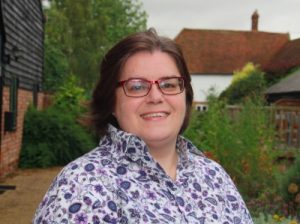 Leona has had a fascinating career and spent many years in the army, rising to the rank of Colonel (one of only a few women in that position), a rank she still holds as a volunteer.

Leona is a great role model for women and an example of how the skills of leadership and management in the army has helped her to shape a successful career in the private sector where she now is now the COO of  award winning and successful marketing and branding agency Focus7.

Leona is also a leading expert in diversity and inclusion including LGBTQ+ rights and was recently awarded the IoD Director of the Year for Diversity and Inclusion. She has taught Leadership and Management at Cambridge University Officer Training Corps and has spoken at the Royal Military Academy Sandhurst on Inclusive Leadership.  She has spoken on Women in Business at the Women’s Equality Party Conference and to leading brands such as Sodexho, Hiscox and Essex and Herts Air Ambulance and to members of the Welsh and South West Contact Centre Forums members including LV, NFU, Ageas, Capita Life, First Source, Sky, Vodafone, RNIB, Somerset Police and Nationwide. 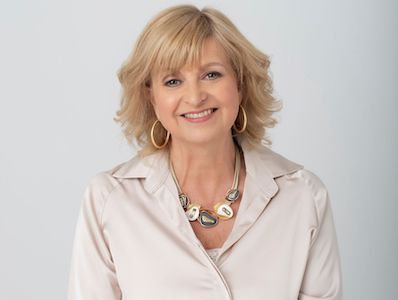