0
You have 0 items in your cart
Go To Shopping
Home > Career Development > Diversity & Inclusion > “Over Fifties”: Male Age Discrimination in the Workplace 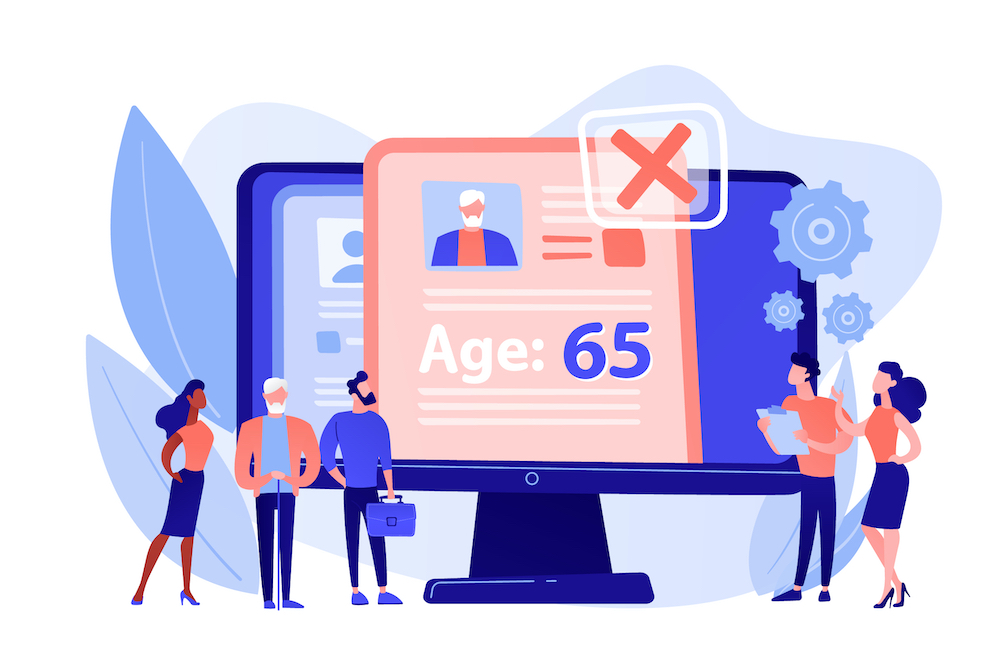 A few years ago in a meeting at a previous company, we were discussing a new marketing strategy to target an older demographic.

Someone asked what we meant by ‘older’ and laughing, my boss replied, “over fifties”. This comment hit me like a rock; until then, I hadn’t realised that people were starting to see me differently.

New comments, signals and changing behaviour from the people I worked with began to make me realise that I was now thought of as old. I was treated differently; instead of my experience being thought of as a valuable asset, I was viewed as past my best.

Realising this, I started to feel as though younger generations that had always been behind me were starting to catch up in terms of energy, motivation and drive. In a competitive environment, there was a growing amount of pressure for me to keep up and it created a feeling of imposter syndrome. As well as thinking I had to constantly justify my position at the company, I felt as though at any moment I would be ‘found out’, and a younger, cheaper person would come in and take over my job.

Despite these figures, age discrimination is an issue that isn’t talked about as much as it should be, especially in the office. Unfortunately, many people who become targets of this kind of discrimination often feel as though they can’t speak up about these issues, because they’re not in a safe space to do so.

Moving to a new environment at Retail Marketing Group, with a smaller leadership team, my length of experience became a positive thing, rather than something that was perceived as holding me back. Here, my opinion was valued and I felt listened to. Our workplace encourages conversations around these issues, and promotes diversity as well as the idea of ‘diversity of thought’.

Making the move made me realise that change can be a positive thing. Getting out of that environment helped me to build better, healthier working relationships and also realise that my career had not come to an end; I still have a lot to offer and now I’m in a workplace where I’m hopefully making a significant difference.

Peter is an experienced Marketing Director, with a successful background in creating business growth and diversification. He has spent 17 years at Microsoft beginning in Operations, moving into Product Marketing and then into Channel & Trade Marketing. Peter then led the UKI Retail Marketing team for 10 years, overseeing the presentation and promotion of all Microsoft products in third party retail settings, both online and physical, as well as the consumer experience through training and advocacy delivery to retail store staff.

In 2019, Peter moved to Retail Marketing Group as Marketing Director. Since then he has implemented a brand overhaul, new website, social media growth and the introduction of new business propositions with a heavy digital-first emphasis. With his market insight and know-how, the RMG team aims to drive lead generation and help clients go to market in a better and more efficient way.

Alison is the Digital Content Editor for WeAreTheCity. She has a BA Honours degree in Journalism and History from the University of Portsmouth. She has previously worked in the marketing sector and in a copywriting role. Alison’s other passions and hobbies include writing, blogging and travelling.
Previous PostConversations at the Pond: Talk to the wildlife – it works wonders for your mental wellbeing!Next PostHeForShe: Richard Williamson | Founder, McKay Williamson