0
You have 0 items in your cart
Go To Shopping
Home > Blogs > Life of a Lady Blog > Is being patient always the right answer? I was wondering if maybe patience isn’t always the answer. Being more pro-active might bring dividends because don’t you need to be seen as someone who can get things done? Anyone can have an idea but being able to deliver the vision into reality sets winners apart. and waiting for the right moment might mean missing the moment altogether. Let me tell you a true story …

When I was 11 or so a group of us piano students were sent to the University of Cape Town’s music school to be guinea pigs for music students.  One by one each of the school children were taken upstairs to be allocated their student teacher until there was only one left. Me. I waited for – oh hours, in reality two, maybe three minutes – then marched to the first door I saw and knocked imperiously. It was opened by Dr Erik Chisholm then uber-furher of the entire College.  He looked down at all three foot nine of me and asked politely what I wanted.

too many women are supplicants. Men will far more often take chances and risks. So for business success you might need to think more like a man.

“I’m tired of waiting,” I said (I hope with some charm!)  So he invited me in and asked me to play a piece on the grand piano in his office. I duly played my piece de resistance called ‘The Duck’ after which he rang someone and said I showed some promise. The result? I was given not to a university student but became the pupil of Mrs Doris Lardner who taught the university students.

Unfortunately she had very high standards and used to pinch the soft flesh of my underarms when I got notes wrong. So I bunked off, rang to tell her I couldn’t come to lessons as my mother was ill and spent the time in the local library averaging a book an afternoon (they were short books). Alas my mother got a letter telling her I was missing all the lessons and I got into hot water so the experience was not the success it might have been. Who knows if I had been more assiduous you would have had to buy a ticket to hear me play at Carnegie Hall in New York instead of hosting my network lunch in St Martin’s Lane.

My message is that sometimes – and of course you must judge when –  NOT waiting for something but being proactive and knocking on that door might bring you more results than if you were meekly waiting. Because too many women are supplicants. Men will far more often take chances and risks. So for business success you might need to think more like a man. Just saying. 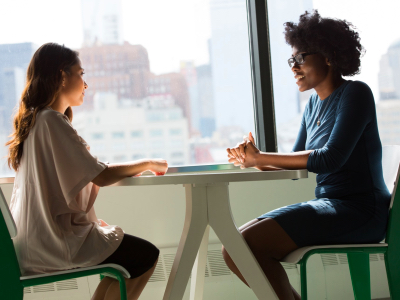