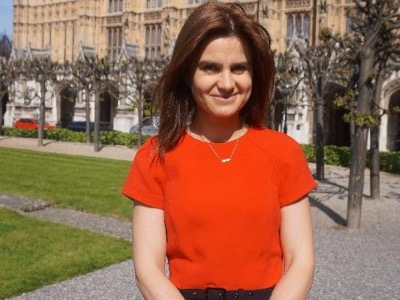 Speaking at the headquarters of mobile technology industry association, the GSMA, Mordaunt will announce new UK aid support to help grassroots organisations working on issues that were close to Cox’s heart.

The Jo Cox Memorial Grants will be given to projects in developing countries that are working to get the voices of girls and women heard when holding power-holders to account, helping them find jobs and become financially independent and making access to family planning services easier. The fund will also help strengthen grassroots organisations’ capacity for predicting identity-based violence earlier.

Mordaunt will also call for everyone to “raise their game” and make gender equality a reality, as part of the Department for International Development’s (DFID) new vision to make sure the voices of women and girls in the world’s poorest countries are heard.

The International Development Secretary will say that if progress on gender equality is not sped up, the Global Goals will not be met by 2030.

Speaking ahead of her speech, Mordaunt said, “Jo was a dedicated humanitarian who fought for gender equality at home and in developing countries and her passion and commitment will continue to support the world’s most disadvantaged and disenfranchised women through these new UK aid grants.”

“The #MeToo movement has sent shockwaves around the world and given a voice to millions of women, but the majority of women and girls in the poorest countries are still not heard.”

“We all have the power to change this injustice and that’s why UK aid is keeping girls in school, stamping out violence and giving a voice to women both at home and in shaping the future of their countries.”

“It is only by everyone raising their game and making gender equality a reality that we will build a more peaceful, safe and prosperous world for us all.”

Cox’s sister, Kim Leadbeater added, “It’s wonderful to have the Jo Cox Memorial Grants being launched today – for every life that is touched by these grants, they will make a real difference and they will be money well spent.”

“It’s so fitting to have these grants created in Jo’s name, which will reach a range of different countries and projects that encompass Jo’s passion for both women’s empowerment and bringing local communities together.”

“These grants are a reminder of that and a reminder of her passion and her determination to hopefully inspire others with similar desires.”

“Jo would be over the moon.”

Alison is the Digital Content Editor for WeAreTheCity. She has a BA Honours degree in Journalism and History from the University of Portsmouth. She has previously worked in the marketing sector and in a copywriting role. Alison’s other passions and hobbies include writing, blogging and travelling.
Previous PostInspirational Woman: Racheal Ofori | Writer & PerformerNext PostTop tips on how women can press for progress in their workplace