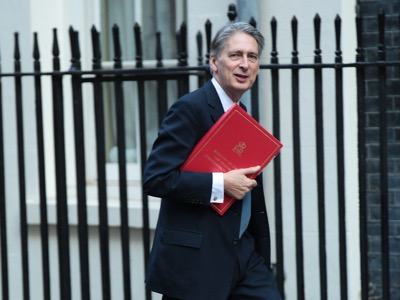 Chancellor of the Exchequer, Philip Hammond is in the middle of a sexism row after telling cabinet members that driving a train was so easy “even a woman can do it.”

Hammond’s comments come after he questioned why there are so few female train drivers when modern trains are so easy to drive. Recent statistics show that of Britain’s 19,000 train drivers, only 5.5 per cent are female.

In an average Cabinet meeting there would be eight women present including Prime Minister Theresa May and Treasury Chief Secretary, Liz Truss.

According to The Sun, May was not impressed by the comments, suggesting that he was digging himself into a hole and that she was “going to take your shovel away from you.”

However, Hammond has rejected the claims that he made the sexist remark. Despite this, Hammond’s remarks have caused outrage, with many taking to social media to voice their annoyance.

Labour MP Jess Philips tweeted, “Philip Hammond has disgraced himself with this remark, as well as managing to insult half the country’s population.”

“People will just say it’s nothing, just a joke.”

“Women were entirely missing from his industrial strategy and his budgets make poor women poorer.”

In an interview with BBC’s Andrew Marr, Hammond was repeatedly questioned over whether he had said public sector workers were “overpaid” in the Cabinet meeting.

While he refused to directly deny that he had made the comment, Hammond did say, “This is a relative question.”

“We have to bear that in mind.”

“Relative to private sector they are paid about a ten per cent premium.”

When pushed further by Marr on whether he used the term “overpaid”, Hammond says, “I have told you, I am not going to talk about what comes out of a private Cabinet meeting.”

Hammond also chastised ministers few supposedly leaking details of the meetings. He said that the meetings “are supposed to be a private space in which we have a serious discussion” and ministers should not discuss what was said.

Alison is the Digital Content Editor for WeAreTheCity. She has a BA Honours degree in Journalism and History from the University of Portsmouth. She has previously worked in the marketing sector and in a copywriting role. Alison’s other passions and hobbies include writing, blogging and travelling.
Previous PostThe Great Repeal Bill poses a “threat to our equality laws”Next PostCarolyn McCall appointed as ITV’s first-ever female Chief Executive