A plus-size model has received acclaim after confronting a man who fat-shamed her on a flight.

Natalie Hage, a plus-size model, was traveling to Los Angeles for a photo shoot when she noticed the man next to her writing body-shaming messages about her.

In a series of texts, the passenger’s friend wrote “I hope she hasn’t had any Mexican food”, to which the man sitting next to Hage replied “I think she ate a Mexican”.

In another text, he claimed he was leaving a “neck mark on the window” because he was so smashed against the wall.

The passenger then text saying that the flight would not take off because of Hage’s weight.

Hage confronted the passenger once the plane had landed, recording the encounter for a Facebook video which has now been watched over a million times.

The man denied writing any messages, before apologising, saying he had had a few drinks before boarding.

However, despite making an apology, the man then went onto say that she should not sit on the emergency row, asking her: “When they ask if you’re willing and capable to assist people in getting off the airplane in an emergency, do you honestly think you are?”

In the video, Hage responds:

“My body is none of your business and don’t ever treat anyone like that again.”

The passenger then offers to buy her dinner as she exits the plane.

Natalie shared the incident on Instagram, and has received an overwhelming response for ‘bravely’ standing up to the passenger.

In the post, she described herself as being “extremely flight anxious” and explained that she had paid for additional space “because I know I need a little extra leg room” but could only get a middle seat.

She explained that upon taking her seat, the male passenger began “loudly huffing, sighing and readjusting himself in his seat.”

“This is a fat person’s daily reality and not just on a plane. This is on a bus, standing in line at the grocery store, at a concert, on the internet.”

“You can be completely in your own space, not bothering anyone, and people will still f*** with you and try to hurt you.”

“All you can do is know you haven’t done anything wrong just by existing and to move on.”

Despite overwhelming support for Natalie, some have taken to social media criticising Hage for invading the passengers privacy by reading his messages over his shoulder. 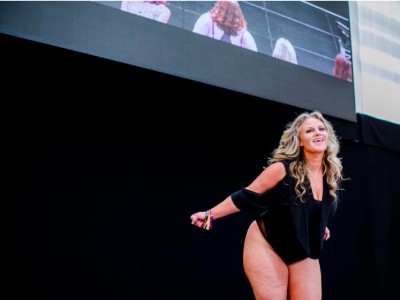 Why we struggle with body image 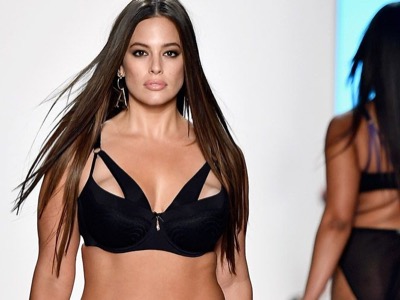