0
You have 0 items in your cart
Go To Shopping
Home > News > Current Affairs for Women > Pre-lockdown, female workers were underpaid by £126 billion. What can they expect in the post-pandemic world of work?

As we all find ourselves adapting to a new way of life during these times of uncertainty, many are hoping that positive change may come around in the from of equal pay, once the world recovers from the COVID-19 virus.

In the Women’s Work: policy, pay, progress and the penalties that remain report published today by charity Pro Bono Economics, they explore the gender pay gap and how close we may be to finally closing it.

The report claims that there is a direct ‘pay penalty’ just for being female, which amounts to £1,190 a year for every woman of working age in the UK. The study argues however that the full extent to which women’s work is undervalued proves even greater, due to the amount of unpaid tasks which many women undertake in households. These tasks, including childcare, cooking and cleaning, are worth £4,840 more per annum than the unpaid work carried out by men of the same age.

These findings mean that the average woman has her work unvalued by just over £6,000 a year and collectively, the UK’s working age women are at a loss of £126 billion each year.

Caroline Criado Perez, journalist, activist and author of the bestselling book Invisible Women: Exposing data bias in a world designed for men, commented: “Women’s unpaid work has, historically, been invisible. Excluded from official GDP figures, it has been taken for granted by successive governments, and seen as a costless resource to exploit. But as this report shows, women’s unpaid work has a significant economic value — and our failure to account for it has consequences for us all. “

Pro Bono Economics has highlighted the importance of public policy in narrowing our pay gap, but argues that a new, updated policy is needed to tackle the issue further. The organisation says it has discovered evidence of an appetite for change among the public, with 54 per cent of those involved in the study saying they would be willing to disclose their salary if it helped to bring about change with regards to equal pay.

Matt Whittaker, Chief Executive of Pro Bono Economics and co-author of the report, commented: “Massive though it is, the economic shock associated with today’s crisis should prove temporary. In the fullness of time, economic activity should return to something like normal and we might then expect past labour market trends to reassert themselves.

“But the transformative effects of the crisis should not be underestimated. Millions of people now find themselves reliant on the state for their income, and there is a new respect for men and women working in lower-paying roles – from nurses to supermarket cashiers to refuse collectors. Family dynamics are also shifting as parents juggle the demands of home-working and childcare, and there is an upsurge in volunteering as people support efforts to tackle the crisis at both a national and a neighbourhood level.

“There is, then, a real possibility that the UK will ultimately emerge from today’s turmoil a more united country. We are likely to achieve a greater understanding of the economic pressures arising from entirely unexpected changes in circumstances, and consequently a greater understanding of each other. The lockdown might also lead to a change in attitudes to the balance between paid work and home life, and between the demands of economic ‘activity’ and the need for a focus on wider wellbeing.

Referring to our current circumstances with regards to the coronavirus pandemic, Caroline Criado Perez also commented:

“COVID-19 has forced the UK to reckon with the huge amount of unpaid and low-paid work this country relies on, and which is predominantly done by women. Meanwhile, the new data presented in this report shows that a majority of us are open to recognising the true value of “women’s work”. By making this work more visible than ever, this pandemic brings with it the hope that we can return to something better than normal. All we need is the data — and the political will to act on it.”

With the public’s appetite for change, and the new appreciation for unpaid and low-paid workers, we can hope that in the post-pandemic world of work, people will unite in the understanding that change is not only needed, but well-deserved. 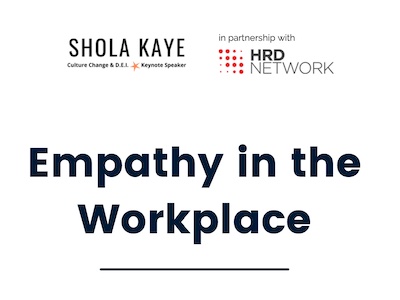