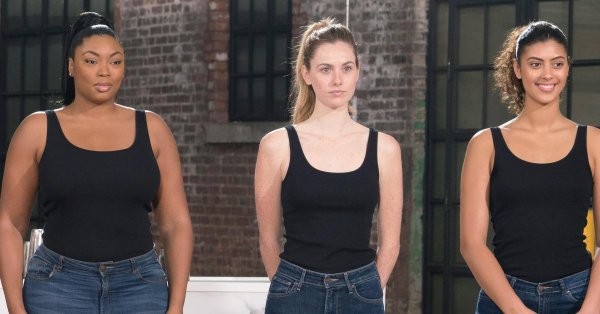 Project Runway has announced an inclusion of models in a variety of body types for it’s latest season.

The fashion design series premiered this week for it’s 16th season with a new group of models, ranging in body types from size 2 to 22.

This will be the first time the programme has featured plus size models in it’s thirteen years on air.

Host Heidi Klum embraced the change, and told Entertainment Tonight that she wanted different body types on the programme for years.

“So I’m happy though that now this season, we’re starting.”

“There is many of us, and so a real designer needs to know how to do that. So get with it.”

Fans of the show took to Twitter with an overwhelmingly amount of support, praising the show for embracing a wider view of the fashion industry and embracing all body types.

"Age and size are only numbers. It's the attitude you bring to clothes that make the difference" Donna Karan CC: @ProjectRunway

He put the industry’s ugly attitude toward plus-size women on blast.

“I’ve spoken to many designers and merchandisers about this,” said Gunn.

“The overwhelming response is, ‘I’m not interested in her.’ Why? ‘I don’t want her wearing my clothes.’ Why? ‘She won’t look the way that I want her to look.'”