“I was paid less than the camera man. When my pay was increased so respect increased.” Dame Diana Rigg, talking about The Avengers. Today she’s probably better know as the Queen of Thorns, in the Games of Thrones.

She believes that feminism is about Equal Pay but we’re still as far from that as in the 60s when the machinists at Ford Dagenham revolted.

Legislation for equality of pay, was passed in 1968, but companies soon found a way around it by regrading workers scales.

A few token women at boardroom level, one or two CEOs, mostly from other, more advanced countries, is not going to provide equality for women here. Always in the shadow, men come first especially images in the Media. The great news is that many more women are going into entrepreneurial roles, just as the board room numbers seems to slip back, year by year.

“I was paid less than the camera man. When my pay was increased so respect increased.”

David Cameron said “Where the potential and perspective of women are locked out of the decisions that shape a society, that society remains stunted and underachieving”. He should have added but only in sub-Saharan Africa.

Davos in Switzerland, is the site for The World Economic Forum’s annual meeting. The world’s business and political elite meet for a four-day gathering and this year Gender Equality was one topic.

The session looking at gender had some interesting comments

Christina Lagarde, head of the International Monetary Fund, said progress has been so slow that quotas should be “a required step.” It has become obvious, that gentle encouragement is not going to work.

Inga Beale, the first female head in the 325-year history of the Lloyd’s of London insurance market, said the drive for gender parity is not just a worthy social goal, it makes perfect business sense as well.

The London insurance market is “completely out of kilter” even with the male-dominated world of the top corporate boardroom in London, with around four percent of executives being women.”Businesses that have better diversity in their management teams and boards sustainably produce better results,” she stressed.

In her own company, Beale has launched a drive to widen the diversity of the whole firm, a no-brainer for such a global organization, she said. Lloyd’s of London is expanding rapidly into China, Latin America and Africa and “the only way to really be part of that is to understand their culture and hire different people,” she said.

Most of the press attention was focussed on Emma Watson, a film star, who launched the Impact 10x10x10, calling for concrete commitments to the HeForShe campaign, for women to enjoy a world in which they have parity both economically and politically. 11 million people watched her New York launch speech last September.

Phumzile Mlambo-Ngcuka,of the UN, Executive Director, Gender Equality and the Empowerment of Women, was chair: “ Technology can mean girls learning in safe places where there’s the threat of terrorism” she said.

“If you invest in a girl or a woman, you are investing in everybody else.” Melinda Gates, Co-Chair, Gates Foundation, USA.

“If you invest in a girl or a woman, you are investing in everybody else.”

Interesting comment from Mr. Paul Polman, CEO, Unilever: “Women are driven by a deeper sense of purpose, they have a longer view.

It is good to see these issues being raised on a global scale, but it seems here that three aspects of society are necessary.

It is crucial that we have role models and women in positions of power to inspire other young women.
The only way that this is going to happen is by having quotas for board rooms, parliament parties. Any person who says that this is discriminatory, needs to face the fact that there are quotas, but they are for men. To imply that women are not capable is, to quote Martha Lane Fox, both patronizing and sexist.

The former head of the law society Lucy Scott-Moncrieff suggested that some of law firms had promoted “mediocre men” “If career progression was based on pure merit, some male business leaders and law firm senior partners would never even have seen the paintings on the boardroom wall. This is damaging to the organizations which lose what they have to offer, as well as disappointing for the talented women who lose out.”

It is interesting that she found the need to set up her own firm, and this is often the case, when women find it difficult to progress, where men continue to appoint in their own image.

A survey in January 23, 2013, by Alex Aldridge found that average female lawyer is paid £51,396 less per year than the average male lawyer.

We need quotas. We need legislation which is enforced, preferably without confidentiality clauses. But ultimately we need a culture change which recognizes the value and the importance of women’s contributions to society, not the invisibility or the constant denigration, and trolling, which frequently happens to any woman, like Diana Rigg, who speaks out.

Perhaps to finish on an optimistic note, it was good to see an exception at Xmas, when a largely pregnant woman engineer gave the Royal Institution Christmas lectures, about the potential of technology.
The Royal Institution has featured women this year. Each of the 12 Friday Evening Discourses were delivered by women. Next year’s programme should be interesting. If you look at your employment, and those of others around you, you may wish to consider whether you are “worth it”

City Eye became interested in Overlooked and Overshadowed women, both in contemporary times and through out history. The former would include the women passed over for the Nobel in favour of their male colleagues. The later would be the wives of famous men, such as Mrs. Mandela. Her study of women written out of history, led her to interviews with interesting and inspirational women, (and some men). Extracts will be published in the articles. In no way is this men versus women, as to who is better. Simply that an overly macho, military, testosterone fueled environment, mainly men, needs the balancing attributes, often, though not exclusively, assigned to women: caring, conciliation, communication. Find out more: City Eye Blog ©christina ionthecity.wordpress.com
Previous PostWOW – Women Of The World Festival 2015Next PostAn Evening with Polar Explorer Ben Saunders and Land Rover at Abercrombie & Kent 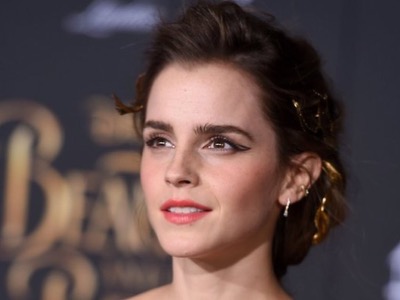 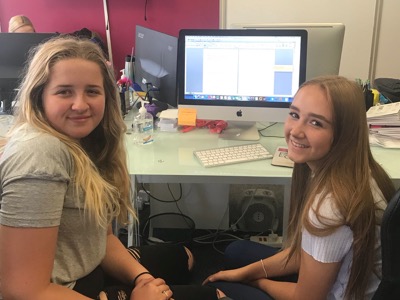