On 26th August 1920 women in the USA celebrated as the country officially saw the nineteenth amendment to the constitution adopted, so that no woman would ever be denied the right to vote based on gender.

Nearly 100 years later, the 26th August is as an important date to recognise that, while much progress has been made, there are still many equality issues that need just as much attention as ever.

In the spirit of this historical milestone towards gender equality, and to honour the spirit of the day, leading business women share their experiences of, and thoughts on, current key issues, such as closing the gender gap, to offer tips for women on how to face equality issues head on. 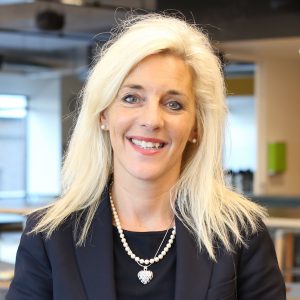 Marianne leads the team in EMEA to further expand Puppet’s presence in the region. Apart from her tremendous sales record, what defines Marianne is her passion for supporting the people around her. Alongside her role as MD and VP EMEA, Puppet, Marianne is a vocal campaigner for diversity and a trustee and board member of Disability Initiative.

“At Puppet, promoting diversity and equality is a part of the core than makes us who we are and, on Women’s Equality Day we are reminded that for real change to be initiated, businesses must make diversity and equal opportunities a strategic priority.

There are so many different ways organisations can support female employees. For example, as part of our philanthropic mission we support people and organisations that help underrepresented groups gain access to STEM opportunities – like sending women to conferences they otherwise couldn’t afford. Thanks to these kinds of STEM initiatives, together with a focus on hiring for potential rather than just existing skill sets, we are seeing more opportunities for women emerge, but there is certainly more work still left to do.” 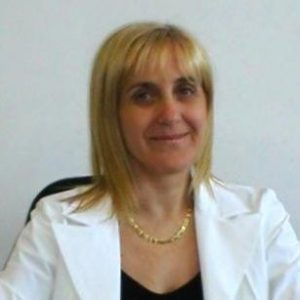 From a village in Sardinia, Italy, Catarina worked hard to put herself through an electronic engineering degree at university, after which she worked as a senior software engineer for six years at Italtel, followed by 12 years as CTO at IAN srl. In this company she invented the first WORM Filesystem integrated into UNIX OS. After experiencing many roadblocks to her growth in the industry, Caterina decided to buck the trend and founded her own company, Infinity Storage, with two other stakeholders in 1998, gaining full control of the company in 2015. In 2017, after nearly 20 years, Caterina, thanks to its high technological content, sold Infinity Storage to leading US object storage company, Cloudian.

“Growing equality awareness in the technology industry is helping women gain access to the same education, career and progression opportunities as their male counterparts. Nonetheless, Women’s Equality Day exists to remind us that there is still much to do.

“Central to this is education. Employers must continue to evolve the corporate mindset, to eliminate the obvious inequalities and unconscious bias faced by women in the workplace, and to focus purely on talent, ability and experience. Similarly, our education systems need to attract more girls and young women to areas of study that can lead to careers in technology. Success in these areas will help build more momentum for an inclusive, fair and modern society.” 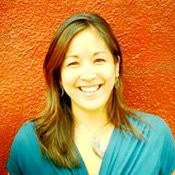 With more than 15 years of industry and management consulting experience focused on global C-level technical engagements with financial institutions, technology firms, healthcare companies and utilities, Yumi is well versed in distinct regulatory landscapes as well as varying stages of the business cycle.

Inspired by innovation, creativity and good humour, she loves to employ technology as a basis for creating communities and advancing business performance.

“As I’ve been in the tech industry for many years now, I’ve seen the gender gap begin to close in small – but meaningful – ways. There are conscious efforts being made to create communities of women, for the advancement of women. They encourage them to get into tech early on in their lives and then foster professional development as they go on.

There is, of course, still room for improvement. One way to change the field is by embracing diversity. I have very successful female friends who are senior tech execs at their companies, but they have had to sacrifice many other parts of their lives to get where they are today. As we progress, though, companies are starting to embrace policies that provide women in particular with benefits that allow a better balance with ‘life,’ and don’t make having a family and having a career mutually exclusive.

While the playing field may not be exactly even yet, we’re headed in the right direction. It’s no longer necessary to wear a suit or act a certain way to be deemed successful. The resulting diversity in the workplace makes all involved so much richer. In short, the more we can encourage each other to embrace and enable success in one another, the better off we all are.” 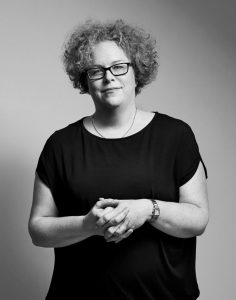 Tara O’Sullivan has worked in technology marketing for more than 25 years, including key roles in startups as well as market leading software providers such as Oracle.

Tara is passionate about encouraging more women to enter science, technology, engineering and mathematics (STEM) career paths.  She regularly blogs, speaks and writes about the challenges women face in these areas – as well as business as a whole – and is an outspoken advocate for the detriment these industries face if women don’t join them.

“Organisations need to create opportunities for their employees to develop STEM careers and executives also need to become role models regarding gender parity and equal opportunity. Women who are in senior positions, in particular, should advocate for diverse recruitment and gender equality within their corporate environment. Cultural change tends to start from the top down. Organisations need to change their attitude to rally behind female talent.  Only then will change truly occur.”

Since 1920, some industries have made significantly more progress in improving equality than others. But if we are to imagine a future where equality is truly achieved, events like Women’s Equality Day, when we raise a glass to women everywhere, will continue to help us all move forward.