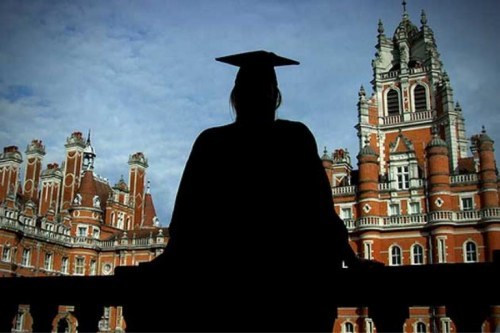 A record number of women have been accepted into universities, widening the gender gap even further.

Over 30,000 more women than men are due to start their degrees this autumn, according to official UCAS data. The data showed that 133,280 18-year-old women from the UK had been accepted into university, compared with 103,800 men of the same age.

The university gender gap is currently at 36 per cent, up from last year’s 35 per cent and 31 per cent five years ago. According to UCAS, the increased gender gap could be credited to a nine per cent increase in UK 18-year-olds taking up nursing degrees – where women significantly outnumber men.

Dr Mark Corver, UCAS’s director of analysis and research, said: “More UK 18-year-olds will be starting university this autumn than ever before but large differences in who goes remain.”

“Our research has shown that the difference between 18-year-old men and women entering university is now similar to that between the richest and poorest halves of the population.”

“The statistics today show the difference between men and women slowly growing wider.”

This news comes after it was announced that boys beat girls to highest A-level grades for the first time in nearly 20 years.

In the 13 subjects which in 2017 saw reformed exams, with little coursework and no modules, top grades fell overall – but boys saw a lesser decline than girls.

Girls achieving A* or A grades in reformed subjects fell by 1.1 points, whereas boys dropped by just 0.2 points.

The reformed subjects, including English, History, Business and Physics, were devised by former education secretary Michael Gove in an effort to raise standards.

Alison is the Digital Content Editor for WeAreTheCity. She has a BA Honours degree in Journalism and History from the University of Portsmouth. She has previously worked in the marketing sector and in a copywriting role. Alison’s other passions and hobbies include writing, blogging and travelling.
Previous PostOnly one week to go until TechWomen50 Awards | Nominations open 04/09/2017Next PostSeven female entrepreneurs who will inspire you