Record numbers of women could be elected as Members of Parliament, new research suggests. 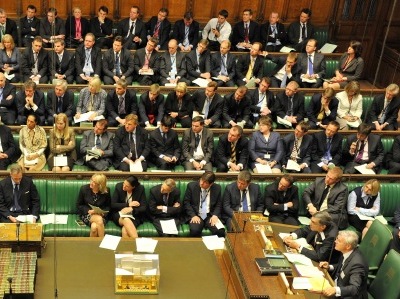 The research, conducted by The Press Association, found that 200 women could earn a place in the House of Commons, if the Conservatives win nine more seats than in the 2015 General Election.

A minimum of 200 women in the House of Commons, which has 650 MPs, would mean nearly one in three female members.

The study found that if Labour were to become the largest party in a hung parliament, then there could be 212 female MPs.

Despite the record predictions, many have come forward to say more needs to be done.

Katie Ghose, chief executive of the Electoral Reform Society, said, “It shows there is much more to be done to achieve gender equality in politics and public life.”

“Whatever the result on June 8 – and it looks like there will be a small rise in the proportion of women elected – parties need to up their game, not just for the next Parliamentary elections but for our local councils, metro mayor roles and institutions across the UK.”

“We cannot settle for incremental change.”

“It’s time for some real momentum on women’s representation in politics.”

Sophie Walker, leader of the Women’s Equality Party also highlighted that even if the 200 female MPs made it to Parliament, the UK would still stand behind Uganda, Zimbabwe, Spain and Mexico for female representation.

Frances Scott, director of the 50:50 Parliament campaign group, said, “Of course it’s good that it’s going in the right direction, but it’s appalling that it’s still like this.”

For more information about the General Election and the main policies of each party, check out our guide here.

Alison is the Digital Content Editor for WeAreTheCity. She has a BA Honours degree in Journalism and History from the University of Portsmouth. She has previously worked in the marketing sector and in a copywriting role. Alison’s other passions and hobbies include writing, blogging and travelling.
Previous PostGerman FA announce Bibiana Steinhaus as Bundesliga’s first female refereeNext Post“Gaps” in the report: Why gender pay parity is still a far away dream | Binna Kandola