0
You have 0 items in your cart
Go To Shopping
Home > News > Current Affairs for Women > Recruiters reluctant to hire women with children, study says 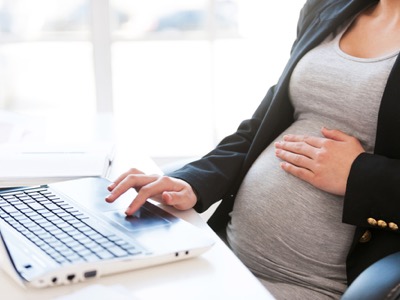 Male HR decision-makers have admitted to being reluctant to hire young females who might have children.

Almost one in five male HR decision-makers said they were reluctant to hire young women who might have children, despite it being illegal to consider that factor when recruiting.

A YouGov poll of 800 HR decision-makers found that one in 10 female HR staff were also hesitant to hire women in their 20s and 30s.

25 per cent of decision makers said they worked for companies that took into consideration pregnancy or women with young children when deciding on promotions.

Carole Easton, chief executive of the Young Women’s Trust, which commissioned the survey, said the findings were shocking.

She said that although employers asking young women about their children was against the law, women found it “virtually impossible” to assert their rights in the workplace.

A quarter of those surveyed disagreed with the following statement: “Whether a woman is pregnant or has young children has no impact on organisational decisions regarding career progression or promotion.”
More than a third said that men and women will never take an equal role in caring for children.

The Young Women’s Trust said: “It’s no wonder women are held back in the workplace when employers have such outdated, discriminatory views.

It is employers and our economy that miss out on the talents of young women as a result.”

“Employers should value young women’s contributions to their workplaces and do more to accommodate them, including by offering more flexible and part-time working opportunities.

“It’s not just employers who need to stop treating women as second class citizens. Society as a whole should support men to take an equal role in childcare. Until that happens, women will continue to face discrimination at work.”

Young Women’s Trust’s previous survey found that two in five young mothers had been asked how having children might affect their ability to perform their role.