According to a 2014 study on The Benefits of Gender Diversity, by Gallup, Inc., businesses that employ more women in leadership roles experience greater financial success.

According to the study, the retail and hospitality industries are just two of the many sectors that experience increased performance when women lead.

Data from the study clearly demonstrates that retailers that have greater gender diversity in leadership roles experience an average of 14% higher revenues. For businesses in the hospitality industry that employ greater gender balance, quarterly net profits are 19% higher than in those companies with all-male leadership.

Despite the dramatic statistical evidence that supports the need for businesses to increase gender balance in their organizations and the fact that women make up around half of the population, they still only hold around 5% of the top leadership positions in S&P 500 companies. In many countries, there are even fewer women at the helm.

Global entrepreneurs, such as Virgin’s founder and CEO, Sir Richard Branson, and efforts such as the He for She campaign, have attempted to raise awareness about the connection between greater gender diversity in leadership and the level of success a business experiences. Still, employing a woman’s touch continues to be considered a “risky” business by many.

Perhaps those that remain on the fence about the need for greater gender balance in the boardroom and beyond should consider how certain traits and skills traditionally associated with women give them an edge in leadership roles which helps them increase performance.

An Eye for Detail

These gender differences directly affect how men and women relate to their customers, employees, and even their suppliers. For example, in the restaurant industry, one area that both male and female leaders can agree upon in importance is the need to use high-quality cookware, utensils, and glassware. Using high-grade materials that are durable and that will last longer, such as those offered by suppliers like Mission Restaurant Supply, lowers replacement costs and increases efficiency, which directly improves the bottom line of the business. Outside of this aspect, however, male and female restaurateurs tend to concentrate on different areas of the business.

In general, women who lead in the hospitality industry, tend to narrow their focus. Female leaders are more likely to include a broad range of lighter menu options, for example, than their male counterparts. They are also more likely to focus on the lighting and temperature of their restaurant, as well as the colors and theme of the decor, so that the restaurant is both visually and physically appealing to guests and workers.

By paying attention to these aspects of the business, women create an atmosphere where patrons and workers are more likely to enjoy their experience at the restaurant. Small details like this increase employee engagement and patron loyalty as well as revenues and profits.

In sharp contrast, male restaurateurs tend to zero in on the overall overhead and controlling costs as a way to ensure profits. They are more likely to focus on the overall layout and floor plan of the restaurant rather than specific details about the theme and decor.The ease of access for patrons and workers to important areas of the restaurant is also important. Men are more likely to focus on how easily workers in the kitchen can move to prepare, plate and deliver food than a woman might be.

While speedy preparation and delivery of their entrees can impress patrons, neglecting to focus on some of the finer details, such as the ambiance and decor, can detract from engagement and loyalty.

Women are frequently seen as more social, and talkative than men by nature. They are also more likely to use their emotional intelligence and the impressions that they receive from others rather than purely analytical thought to arrive at a decision. This gives female leaders an edge in industries whose success is tied to cooperation among workers and management.

Emotional intelligence, intuition and have a more social nature, in general, make women natural connectors and give them greater networking abilities. This helps them to facilitate greater communication that leads to less stressful working conditions and greater collaboration as opposed to their male counterparts. This is especially helpful in the hospitality and retail industries, where challenges from disagreements due to miscommunication and the stress from the fast pace and physical demands of the job can make conflict more likely to occur.

As more women are trusting their instincts in business, and relying on their intuition and social skills to shape their decisions, they end up taking actions that tend to be more nurturing than men. This can help them to be able to identify the needs of their team members so that they can help them to open doors and give them greater opportunities to grow personally and professionally.

When women rely on their emotional intelligence, intuition and social skills, they strengthen the bonds of mutual trust and cooperation on their teams. This increases openness, tolerance, flexibility and the overall strength of their organizations and boosts morale and retention while decreasing the need to hire and train replacement workers, which also lowers cost.

By actively seeking to achieve gender parity at every level of leadership, organizations can benefit from having more insight from both male and female perspectives, and achieve higher performance and a greater level of success.

0Shares
diversityGenderhospitalityLeadershipretail
Previous PostGender, diversity and inclusion in the workplace | Binna KandolaNext PostYou can come back – the door is always open, but it might look different on the inside

Why neurodiverse talent is the best option for smart CEOs 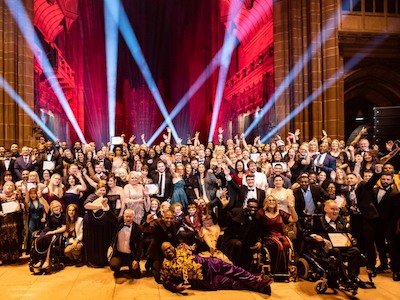