0
You have 0 items in your cart
Go To Shopping
Home > Career Development > Professional development > Are returnships enough to plug the CV gap?

There has been a lot of talk of returnships in 2017, not least because of their mention in the 2017 budget announcement – Theresa May promised a £5 million fund to help those returning to work.

Well in short, they’re whatever the company offering them wants them to be.

Broadly speaking, the idea behind such schemes is to encourage and support experienced professionals who have taken career breaks back into the workplace.

Whilst they are open to both men and women, about 90 per cent of those on placements are women.

Returnships were first introduced in Britain in 2014, having had considerable success in the States. Whilst the number of companies in the U.K offering such schemes is sadly very limited, they have expanded beyond their origins in banking and finance to other sectors, including teaching and the NHS.

The term ‘Returnships’ was trademarked by Goldman Sachs, which is why you’ll see such schemes referred to by other names, including: ‘Come Back’, ‘Back to the Business Ship’ and ‘Back to Work’.

Many highly skilled and high achieving women find it difficult to return to work having taken a career break. This can be due to a variety of factors. Many of my clients cite loss of confidence as a big barrier. It is understandable that being out of the job market for years may give rise to feelings of doubt.

Another barrier faced by returners is that companies may consider it too risky to take on someone who has gaps in their CV.

How do they work?

The returner will undertake a paid placement with the company. The length of placements can vary from between eight weeks and six months.

Candidates will usually apply via the employer’s website. Each company will have its own selection process. It’s worth checking what the requirements are as well as identifying upcoming recruitment deadlines.

Typically, to qualify applicants must have had a career break of two years or more.

There is a lot of competition for such placements. If you’ve been out of the job market for years, before applying you should consider attending CV or interview workshops – such training is widely available. It’s worth being selective about which course you chose. Ideally, you should go with training delivered by providers specific to your industry. Such courses can in themselves be a useful way to meet people who are in the same boat and broaden your professional network.

During placements, applicants attend training aimed at refreshing their technical knowledge and are provided with coaching to help boost their confidence.

Applicants are paired with a mentor, who can support and help them re-acclimatise to the corporate environment.

What can you gain from such a placement?

You may be offered a permanent role at the end. Even if you aren’t, the placement can be a valuable first step to restarting your career by helping in respect of both CV and confidence building, it’s also a good way to begin building your professional network.

The experience can be a good opportunity to learn about the company’s culture and determine if it’s a good fit for you. After all, some might decide they don’t want to return to their previous career.

Highly skilled women can face numerous barriers when attempting to rebuild their careers, one of the consequences of this is that a huge amount of talent is being lost. Often, the higher up the career ladder a women has reached the more difficult it can be for her to return to a comparable role.

We are facing a ‘brain drain’ following the Brexit vote, now more than ever, employers need to have a greater focus on tapping into this valuable resource and begin thinking creatively about recruiting, but more importantly maintaining, returners.

Whilst such schemes are useful, to be effective long term they need to work in tandem with other measures. For example, employers need to do more than give lip service to flexible working. Women are less likely to stay in their roles if they feel it’s not compatible with family life.

Theresa May pledged that the government would work with businesses to identify how to increase opportunities for women returning to work. We are yet to see the details of this – a start would be to make it mandatory for all companies to offer returnships.

Homa Wilson is a senior associate in the employment team at law firm Hodge Jones & Allen.

How to create the perfect graduate CV

Want that dream job? Here are 10 ways to secure it… 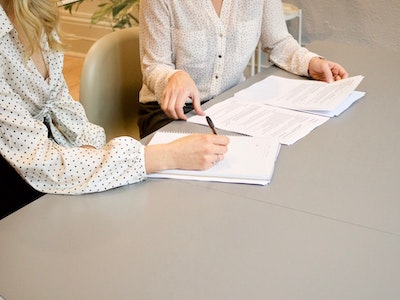