Mindfulness and Meditation Made Easy

So far in the Reversing the Aging Process series we’ve covered:

The list could feasibly go on and on, but there’s one topic, more than any other topic that stands out for its exceptional importance; I’m talking about the practice of MEDITATION. Now I think about it, I can hardly believe we have gotten this far into this blogging series without focusing on this all-important topic.

It’s fair to say that we all hear a lot about the benefits of meditation in the Sunday supplements and various mainstream women’s magazines and I’m confident that we all know that a little quietening of the mind is good for us. But, the questions I’m asked most regularly would suggest to me that most people either don’t have the confidence that they can do it “properly” (and so give up before they’ve started) or they don’t have any connection to why they’re doing it, so the buy-in isn’t really there.

One thing’s for sure, whilst there are certainly things that make meditation easier (being in a quiet, uninterrupted spot for example) there is no one right way, no guarantee, no shoulds, no have-tos and everyone is different. If ever there was something for you to learn experientially, meditation is it.

Where it all started

Those of you who have been reading my blog series for a while, you may have guessed that meditation didn’t exactly come easy to me. Up until about 3 years ago I was a fully fledged, multi-tasking, commitment-juggling, over-achiever; slowing down was anathema to me.

Then my life circumstances changed dramatically and I began reading professional and personal development books like they were going out of fashion. What I discovered wasn’t exactly ground-breaking, but it was unequivocally clear; there were a set of common themes that consistently popped up in every discipline or theory that I read and the benefits of meditation was by far and away the most obvious.

It seemed that meditation was the undisputed cornerstone to happiness, so if I was to stand half a chance of being happy, I was going to have to give it a try. And try I did; sitting, lying, guided, pranayama, kundalini and meditative dance. I tried all of them – largely unsuccessfully. My experience was that there seemed to be an equal but opposite counter-force acting against me that made us want to do ANYTHING other than meditate.

Then I heard something that transformed my whole experience. As simple as it sounds, I learnt that meditation is a practice and, as such, it has a cumulative effect.

I’ve now been practicing meditating consistently (or at least somewhere in the region of 320 days out of 365) for about 18 months and I would never choose to live without it again. The benefits I’ve noticed include:

So before next time, try on the thought that meditation is a practice that you can’t do wrong and see how that works for you?

In the meantime, feel free to check out our Facebook page or join us on Twitter (@Anna_Margolis) to learn more about ways you can cultivate your self-awareness and increase your level of consciousness.

Ellie O'ConnorFeaturing on WATC, Health and Fitness, women in business

How to reboot in the middle of your workday 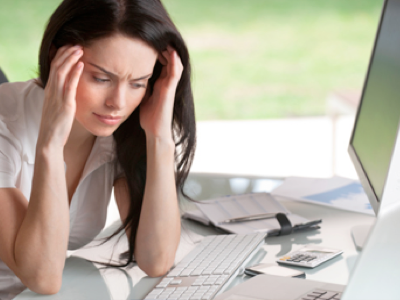 How to beat stress as a business owner