0
You have 0 items in your cart
Go To Shopping
Home > News > Current Affairs for Women > Rising Star alumni, Louisa Lombardo appointed as Chubb’s Head of Diversity and Inclusion, Europe, Eurasia and Africa 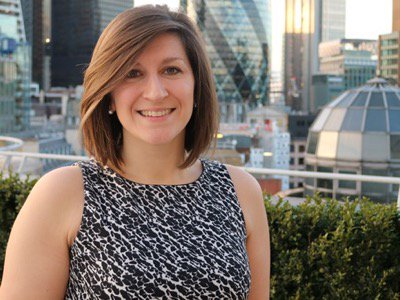 Louisa Lombardo, a Rising Star alumni, has been appointed as Chubb’s Head of Diversity and Inclusion, Europe, Eurasia and Africa.

In this newly-created role, Lombardo will be responsible for developing and delivering the diversity and inclusion strategy for Chub across two regions.

As a founding member of the cross-market Gender Inclusion Network for insurance, Lombardo helps connect managing agents and brokers to share best practice and drive change towards gender equality. In July 2017, she became Co-Chair of the network.

This year, Lombardo, was awarded our Rising Star Award in Diversity for her work across throughout diversity and inclusion.

Speaking about her appointment, Andrew Kendrick, Regional President, Europe said, “I am delighted that Louisa has been appointed to this role.”

“She is a great ambassador for D&I and has worked enormously hard over the past three years to help develop and promote diversity at both Chubb and within the wider insurance community.”

“This new position is a fitting reward for those efforts.”

“As our Head of Diversity, Louisa will be able to strategically concentrate our efforts to continue to improve understanding around the importance and value of inclusion across our regions.”

Alison is the Digital Content Editor for WeAreTheCity. She has a BA Honours degree in Journalism and History from the University of Portsmouth. She has previously worked in the marketing sector and in a copywriting role. Alison’s other passions and hobbies include writing, blogging and travelling.
Previous PostJoy Neville and Alhambra Nievas become first female referees to officiate men’s international rugby matchesNext PostSchneider Electric launches Global Family Leave policy