0
You have 0 items in your cart
Go To Shopping
Home > Rising Star Awards > What Happened Next - Rising Stars > Rising Stars: What happened next for Rania Svoronou 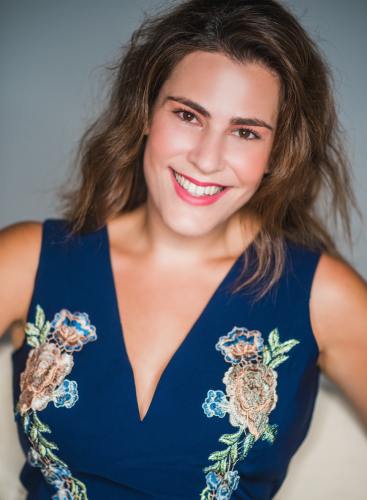 We spoke with Rania Svoronou, who won a 2018 Rising Star Award in Digital.

After a career that’s taken her from a local print design shop in Athens through several startups, design studios and ad agencies, Rania Svoronou is now a lead designer at IBM iX– a new division within IBM, which has been named the largest digital-agency network in the world.

Rania made it to The Drum list Top 50 Under 30 UK, was awarded We Are The City’s Rising Star Awards 2018 in its Digital Category, has been shortlisted for the Rising Star 2018 category at the TargetJobs National Awards and has won multiple internal IBM awards. Selected as a TopTalent IBM Global Business Services UKI and recognised as a Future Leader among 2,300 IBM practitioners, she is also a member of Founders of the Future – an invite-only private community of the most promising entrepreneurial tech talent in Europe, launched by Founders Forum.

Rania is an active speaker, guest lecturer, industry mentor and has been invited to judge and mentor at multiple hackathons and design events across Europe. With the aim of empowering women in her industry, she has appeared at London Business School, UCL, UAL, King’s College London, Royal College of Art and at events such as UX Crunch, MobileUX London, UAL Graduate Futures Week, Techstars, Startupboost and Google’s Startup Weekend.

Honestly – it felt incredible. I still remember – I was back home in Athens, Greece for my summer holidays sitting with my mother on the balcony and when it got announced I just told her “Mother I made you proud’. It was overwhelming and a validation that I’m going on the right direction. I keep saying that people are getting rewarded and recognized in public for what they practice for years in private.

It’s been like a domino effect really. After winning the Rising Star awards in Digital, I was featured on the internal IBM comms, got shout-outs from the most respected leaders within the company and I also made it to The Drum Top 50 Under 30 UK, showcasing the highest achieving women making their mark in digital and who have broken the mould before the age of 30. I’ve had a global shout-out from our General Manager – IBM Design, which was one of the proudest moments in my career. I got accepted into the Forbes Fellows program and have been selected out of thousands of applicants to join the Forbes Summit Under 30 2018 in Boston, MA. I also got a proposal to contribute monthly to Huffpost Greece in regards to Female Leadership and I’ve even been featured in my high school’s most successful alumni list and profiles.

Saying that, I’m still an active speaker, a guest lecturer and an industry mentor and I’ve increased my mentorship time to include more students & female designers. I’ve been a key member on the RCA LDoc x IBM Partnership in regards to the design language of AI and its future potentials. IBM Careers UKI have created a profile of me to attract new talents and I have been featured multiple times on IBM’s UK & Global social media platforms as a role model and I’ve been given multiple shout-outs to attract more candidates into IBM. I’ve took part on a full day charity and shared my expertise as a mentor to young people from disadvantaged backgrounds to attain either a university place or another chosen aspiration. I’ve also been leading the creative of the BAME (Black Asian and Minority Ethnic) logo brand identity for IBM UK.

Finally, I got invited to the ‘Industry Advisory Board’ that helps shape the RED Academy curriculum and vision in London. RED Academy is a technology & design school with an agency-style environment that focuses on real client projects in UX/UI design, web development & digital marketing.

I would say to not stress and that timing is different for everyone. If you deserve it you will get recognized now or later in the future. Whatever the results though, I would advise to never let success get to your head and never let failure get to your heart.

Number one is to love what you do (as cheesy as it sounds is the biggest truth) and to be very proactive. Hard work will always beat talent, and if you have both then is a win-win. Learn to have patience and don’t ever forget that it’s what you do behind the lights that puts you in the light. If you get tired, then learn to rest – not quit! Career is a marathon, not a sprint, so be nice to people, seek respect over attention and never stop learning. Finally, make sure you give back and help others around you and especially those ones below you. The right people will help you along the way – so make sure you return this back.