0
You have 0 items in your cart
Go To Shopping
Home > Awards > Awards News > Rising Stars: What happened next for Sharniya Ferdinand 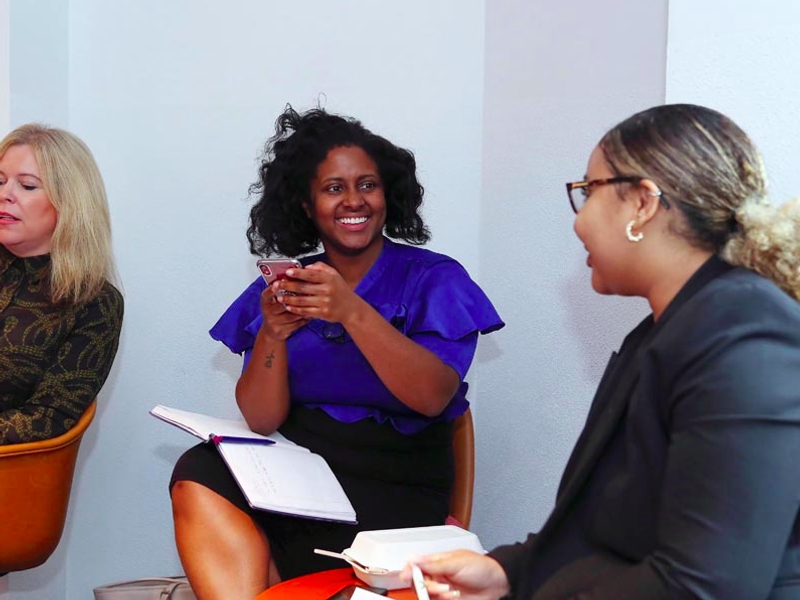 We spoke to Sharniya Ferdinand, who won a Rising Star in Diversity Award in 2019.

Sharniya has worked for NatWest for 8 years. With experience in both Personal Banking and Business Banking. Sharniya’s previous roles involved her being a trusted advisor to her customers, supporting them with their financial needs and hosting educational business focused events to encourage customers to grow and exceed their business expectations.

In 2017 Sharniya was awarded the RBS Women’s Opal award recognising her contribution to women in business. Most recently Sharniya was recognised as a 2019 Rising Star in Diversity by We Are The City.

In her current role as Business Inclusion Manager Sharniya manages a customer led strategic programme of inclusion activities across the bank and for corporate clients.

She is passionate about diversity and inclusion and empowering those who are underrepresented in their industries and communities, she supports the banks aspiration to be a truly inclusive place to work.

Sharniya holds a BSc (Hons) in Psychology from the University of the West of England, and holds a Masters Degree in Events and Exhibitions Management. In her spare time Sharniya writes an online blog, sharing her personal experiences in life.

I felt so many emotions, I was extremely elated, incredibly grateful and I would say proud and honoured to be recognised alongside such amazing women. I am incredibly lucky that I get to do a role that I am so passionate about and I get to meet amazing people along the way. But to be recognised for adding value where I can is the ultimate icing on the cake!

Immediately following winning a Rising Star award our social media team did a feature across the banks social media pages, which I am still receiving notifications on all these months later. Shortly thereafter I was also featured in our Commercial and Private Banking monthly communications. A programme that I led on, which supports entrepreneurs from diverse ethnic backgrounds has also been shortlisted in the Supplier Diversity category at the European Diversity Awards, which is beyond amazing. I’ve been asked to speak at a few events and be part of some panel discussions which has challenged me to think about the message I want to deliver and also how I can add value when speaking to others about progressing their careers, which has led to me volunteering more to speak at schools as I want to be able to support those from younger generations to have meaningful careers. On a personal note I have also been promoted in role, I’m incredibly grateful for all of the opportunities I’ve had in my career and am also really amazed at the support provided by WATC following the awards. You’re amazing!

My advice would be to make the most of meeting the other incredible people who are going through the process. I always say the best help and advice comes from those who are on the same journey as you. It’s wonderful to be able to meet such inspiring individuals who are changing the world and helping to shape the future of the world we want to live in. I would also say even the fact of being nominated is such an incredible achievement, we talk about women being haunted by Imposter syndrome please recognise that someone out there sees all the amazing things you’re doing and please use that to wash away the self-doubt as you’re remarkable!

For me I have to say doing something I’m passionate about has helped me immensely as due to my passion I am incredibly proactive and I believe that’s what’s helped me to progress particularly in the last few years. If the job you’re currently doing isn’t what you’re passionate about then what can you do to change that? Or what can you do to integrate what you love into what you already do?

Everyone says it (but they say it because it’s true) Networking is key! Meeting and connecting with others has opened so many opportunities for me. I was recently advised to build a stakeholder map, essentially think about who you know already and who they can introduce you to, but also think about who you want/need to know and almost build a 6 degrees of separation map to figure out how you can meet them.

Finally I would say don’t be afraid to ask as the worst thing someone can say is ‘no’ and you won’t be any worse off than you are right now.