0
You have 0 items in your cart
Go To Shopping
Home > Rising Star Awards > What Happened Next - Rising Stars > Rising Stars: What happened next for Tina McDonald 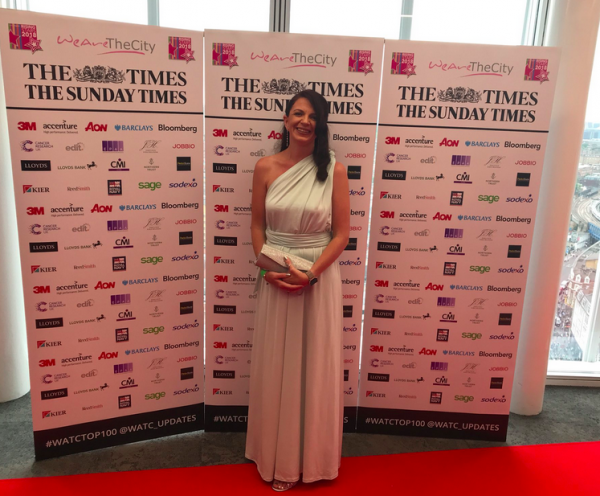 We spoke with Tina McDonald, who won a 2018 Rising Star Award in Education & Academia.

Tina works as a trainer and facilitator, providing soft skills leadership training to businesses that want to invest in their teams, developing future leaders and coaching managers to progress in their careers through, coaching, apprenticeship schemes and on site training workshops. She has a passion for supporting students who don’t fit the school environment or those who struggle to meet the required grades and helps them to focus on their natural skill set. Instead of changing themselves to fit a job they think they want, she helps them to find a career that suits their natural talents and passions, eliminating the stigma around education only being academic. Tina believe’s that everyone has the right to be happy at work and when you find the right career for you, then work life balance becomes easy and people are less stressed and unhappy.

It was funny because I didn’t quite believe it and I even thought I may have got it wrong, right up to the night of the awards I still thought I was one of five nominations and didn’t quite realise I had actually won. I was so pleased with being nominated that winning was far from my mind. To have got through to the top five felt like such an achievement and being a top 100 was amazing.

I am going to be speaking at Inspirational Talks Brighton in November on the back of my award.

We were all named in The Times which was exciting!

I wrote an article on LinkedIn about the way I felt on the night that was shared and celebrated by lots of people from the awards evening,

I am running my own interviews for schools and education centres about real life careers, this is something I would never had the courage to do, I am also interviewing some of the people who attended the awards that I met,

I have signed up to support as a mentor with CMI, as a winner we were connected and given membership to.

The sponsor of my award has just recently accepted me as an associate and I am going to be doing some work for them in the near future.

I have featured on three podcasts following the awards.

It’s helped me raise more awareness of what I am doing in my business and I feel more credible when I am talking to people about it, it’s not just something I believe in, but all these people behind me also believe in it too.

Enjoy every second of it and make the most of sharing the nominations, I felt embarrassed to share it to start with as I didn’t think I would win and was worried about ’showing off’ or ‘ looking stupid’ but when I did share it, the support I got was amazing and actually whether I had won or not wouldn’t have matter at that point, as some of the messages of support I got really helped me to be excited about what I was doing, then when I did win, I was overwhelmed by the support and comments, things I didn’t realise people thought.

Also being part of the Top 100 women is pretty powerful, being in the room with these amazing women is pretty special and you don’t want to miss the opportunity of being part of that. I had no idea this kind of thing existed and I am always grateful for it as when I have a wobble in my business this reminds me of so many great things.

Alison is the Digital Content Editor for WeAreTheCity. She has a BA Honours degree in Journalism and History from the University of Portsmouth. She has previously worked in the marketing sector and in a copywriting role. Alison’s other passions and hobbies include writing, blogging and travelling.
Previous PostInspirational Woman: Kirsty Hulse | Founder & Managing Director, ManymindsNext PostInspirational Woman: Ying Panagiotou | Head of Trading, Capital.com