0
You have 0 items in your cart
Go To Shopping
Home > Culture > Film, TV & Music > Rose McGowan wants “women to hate themselves less & know they deserve a seat at the table” as she becomes the first woman to win a GQ ‘Inspiration’ award 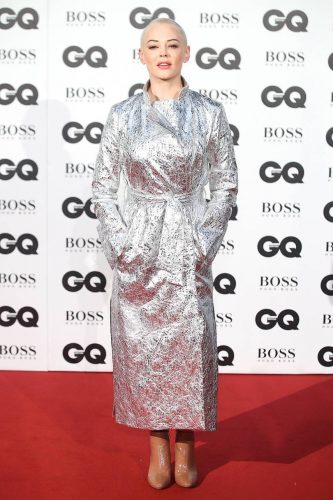 Actress and feminist activist, Rose McGowan has become the first woman to win an GQ Inspiration Award in London.

McGowan received the accolade for her involvement in the #MeToo movement and for speaking out about the alleged abuse she suffered at the hands of Hollywood mogul, Harvey Weinstein.

In 2017, McGowan stated that Weinstein had raped her. Since then, she has encouraged other women to speak out about sexual harassment and abuse.

More than 80 women in the film industry have since come forward to accuse Weinstein of rape, sexual assault and sexual abuse over a period of at least 30 years.

Using her award’s as a chance to deliver an emotional and inspiring speech, according to the Mail Online, McGowan said, “I come in peace, truly.”

“My monster paid off people in your industry….people [try to] ridicule me, to paint me as imbalanced and as a whore.”

She continued, “People ask if what I do is for women, it’s not.”

“You’re sold an illusion at birth that you’re better.”

“It’s in you to change and I see you as the humans you are.”

“My platform is one of freedom [for] humanity.”

“I want women to hate themselves less and know they deserve a seat at the table.”

Also honoured at the award’s ceremony were Prince Charles, who received The Editor’s Lifetime Achievement Award for Services to Philanthropy; Naomi Campbell, receiving the Fashion Icon Award; and Elisabeth Moss, receiving the TV Actor Award for her portrayal in The Handmaid’s Tale.