Emma Watson, JK Rowling, Sandi Toksvig, Stella Creasy and Jess Philips are just a few of the high profile women who have signed a letter to the new Mayor of London, Sadiq Khan, asking for his support to erect a statue of a Suffragette in Parliament Square.

The letter firstly congratulates Sadiq Khan on his victory and then urged him to “fight to break down the barriers to success for women”. You can read the full letter and list of signatories here.

The letter draws attention to the fact that there are 11 statues in Parliament Square outside the Houses of Parliament. The statues currently include Sir Winston Churchill, David Lloyd George and Nelson Mandela.

A statue of the suffragette Emmeline Pankhurst was erected in Victoria Tower Gardens, next to the Palace of Westminster, in 1930.

The campaign was launched to mark 100 years since women were entitled to vote. The campaign hopes to successfully erect a Suffragette statue in Parliament Square in 2018.

In 1918 the Representation of the People Act was passed which allowed women over the age of 30 who met a property qualification to vote – which at that time represented 40% of women in the UK. It was not until the Equal Franchise Act of 1928 that women over 21 were able to vote and women finally achieved the same voting rights as men.

“Where are the women who defied convention and police batons? Who went out on the streets. Who faced ridicule, imprisonment, violent assault, simply because they believed women were equal to men. In two years’ time it will be 100 years since those women won their fight and women were first granted the right to vote. They deserve to be remembered. They deserve to be commemorated at the heart of our democracy.”

The petition has gained more than 65,000 signatures and is still climbing in numbers.

Criado-Perez was previously involved in the campaign to keep a woman on the bank notes issued by the Bank of England. The campaign was launched after it was announced that Elizabeth Fry was to be replaced by Sir Winston Churchill. The campaign was successful and her replacement was changed to Jane Austin. 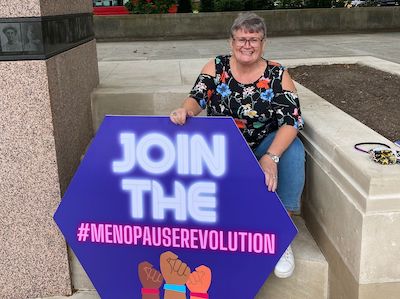