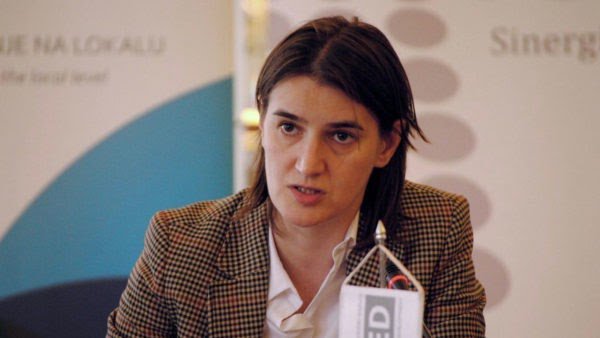 Ana Brnabić has been appointed as the country’s first openly gay and female prime minister.

The 41-year-old is a graduate from the University of Hull in England and is a non-party technocrat.

President Aleksandar Vucic announced on Thursday that Brnabić  was his prime minister-designate. She now has the mandate to form a new government, providing her cabinet receives formal approval in Parliament next week.

Serbian news agency B92 reported that Vucic described Brnabić as “hard-working, [with] professional and personal qualities.”

“If elected in parliament, I will run the government with dedication and responsibility and I will do my job honestly and with love.”

Previously, she studied in the US and graduated from the University of Hull in 2001 with a marketing MBA. Later, she returned to Serbia to work in the wind power industry and for other development projects.

“Even in some western countries it would be big news and a positive signal if a gay or lesbian person became prime minister or minister.”

“The appointment of a lesbian can only be a positive message.”

Miletić continued to explain that LGBT rights were low priority for the government. Vučić’s administration only recently made progress, by legalising gender reassignment surgery.

Pro-Russian nationalists have since expressed anger over Vucic’s choice.

The conservative opposition Dveri group, close to the Serbian Orthodox Church, claimed that the appointment was because of Western pressure.