When asked if showing disapproval is appropriate in an office setting, I replied, “Hell, yes!”

Now, I’m not saying that you should shout, scream or throw a public tantrum. That kind of behavior would be inappropriate. What I am saying is that you have the responsibility to let people know what’s required and the duty to let them know when they’re falling short of the mark. If you want to be seen as a serious player who cares about the business as well as your career, have the courage to speak up when you think things are wrong.

Get Your Timing Right

Bring up your concerns in a suitable manner, at the appropriate time. If you’re in the middle of a staff meeting and you announce your issues with a new policy, you’re asking for trouble. Likewise, complaining about a co-worker’s attitude during a time of crisis is a dumb idea. Think strategically. Pick your time and place. Scheduling a private one-on-one meeting with your boss is the best way to go. Before opening the discussion, confirm that the timing works for your boss. By acting in a responsible manner, you’re demonstrating your desire for a productive conversation.

Moaning about the “toxic atmosphere in the office” or complaining that “the sales team is a bunch of idiots” is a sure way for you to ruin your reputation and discredit your complaint. Be as specific in your comments as you can. Cite precise cases, occurrences, and incidents. Include times, places, circumstances and people involved. Now is not the time to mince your words or speak in generalities or ambiguities. Name names if you must and go into detail. By doing so respectfully, you’ll support your case.

Drop Your Emotions and Be Objective

In order to be taken seriously, you need to speak objectively about your concerns. Being fueled by your emotions is fine as long as you don’t blurt them out loud. If you’re angry about the way management is handling a particular situation, stay calm and focus on the facts.   Give your boss solid reasons why the problem needs to be dealt with, now. Let’s say a colleague ignored your recommendations – which were based on analysis, examples and experience – and went with his own – which were based on intuition – and the project tanked. Rather than venting your rage and frustration at what happened, start by objectively stating the costs of having a team member who refuses to listen to others. Then recommend lines of defense to prevent this scenario from happening again.

Going to your boss with a problem is fine as long as you bring a solution with you. Several solutions would be even better. Otherwise, you come off like a moaner groaner. When you come with solutions you demonstrate that you’ve thought the problem through and are focusing on the future, not the past nor the present. Presenting your boss with with a selection of solutions increases the chances that he or she will take action on your concerns. You did the heavy lifting by coming up with possible answers, giving your boss something to work with.

Devoting an entire meeting to negative energy is soul destroying. During your meeting take time to point out what’s going well. In addition to dulling the pain of the criticism, speaking positively about what’s good demonstrates that you’re aware of both the positives as well as the negatives in the situation. For example, you could say, “Charlotte is bringing a lot of creative energy to the project, and her slowness in responding to requests is making it difficult for me to do my job.” Or “Although our sales and marketing teams are producing great results, I believe we’re losing potential because our follow-through process isn’t clear.”

Let Your Boss Make the Decision

Don’t even think about holding your boss hostage to promises of your quitting or taking further action if you don’t get what you want. Bullying tactics, including threats, demands, and ultimatums are unpleasant at best, career destroying at worst. Frame your concerns as a respectful request rather than a command. Your boss has the right to make the final decision and you have the duty to respect whatever decision is made. Even if you don’t get the results you had hoped for, your complaint will be on record.

Call in the Troops if Needed

If, despite your efforts, the problem persists or your concerns are not recognized, get support. As long as the problem affects others as well as yourself, ask them to speak up in a similar way as you’ve done. Numbers don’t lie and the fact that the problem is affecting other people should motivate management to respond. If the case is extreme, you may have to go above your boss’s head. Only do this if all other attempts to solve the problem at ground level have failed.

The next time you have a complaint, no matter how anxious you feel about addressing the problem, put these techniques into practice and prepare yourself for success. Unless someone addresses the problem, no progress can be made. 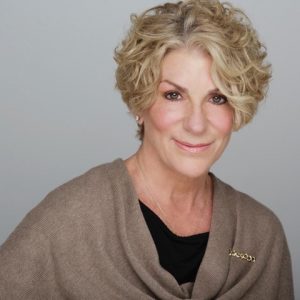 Elizabeth Kuhnke is the best-selling author of Body Language: Learn How to Read Others and Communicate with Confidence. (Capstone 2016), as well as three titles in the For Dummies series.  (Body Language FD, 3rd edition, Communication Skills FD, Persuasion and Influence FD).

Elizabeth is an Executive Coach, specialising in impact and influence. An acknowledged expert and bestselling author on the subject of communication and non-verbal behaviours, Elizabeth works with senior leaders and rising stars in global organisations, helping them present themselves at their authentic best with clarity, confidence, and commitment.

Video Conferencing 101: Why your body language is key to success