0
You have 0 items in your cart
Go To Shopping
Home > News > Current Affairs for Women > Singapore announce Halimah Yacob as first female president, despite not holding an election 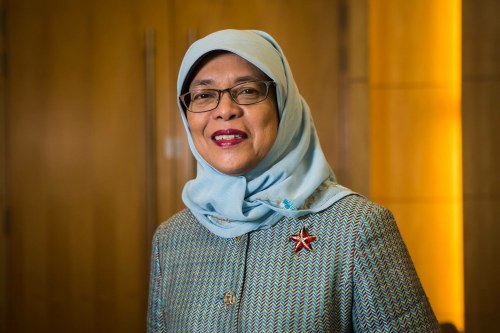 Singapore has announced its first female president, despite not holding an election.

Halimah Yacob has been declared President-elect and will be sworn in as Singapore’s eighth President on Thursday 14 September.

Yacob, 63, is a former speaker of parliament from the Muslim Malay minority.

Singapore’s president is largely just a figurehead, but they do have the power to veto senior official appointments alongside other functions.

Despite the significant milestone for Singapore, the historic moment has been overshadowed by the lack of election, with some calling the move “undemocratic.”

Yacob did not have to campaign in an election, after authorities in Singapore disqualified the two other candidates.

Salleh Marican and Farid Khan were not put forward for the election, after they failed to fulfil the rule that required any candidate from the private sector to have run a company with at least S$500 million in shareholders’ equity.

The election have already courted controversy after authorities announced that candidates would have to come from the Malay community. The decision to only allow Malay ethnicity came in a bid to foster harmony with the 5.5 million city-state residents, who are largely ethnically Chinese.

Speaking at the elections department office, Yacob said, “Although this is a reserved election, I’m not a reserved president.”

“I’m a president for everyone.”

She continued, “We need every Singaporean to stand together shoulder to shoulder…We have not reached the peak yet.”

“I ask that we focus on the similarities that we have and not on the differences.”

Alison is the Digital Content Editor for WeAreTheCity. She has a BA Honours degree in Journalism and History from the University of Portsmouth. She has previously worked in the marketing sector and in a copywriting role. Alison’s other passions and hobbies include writing, blogging and travelling.
Previous PostJob of the week: Deputy Director, Portfolio Delivery | LondonNext PostEmployment reaches another record high