0
You have 0 items in your cart
Go To Shopping
Home > Culture > Film, TV & Music > Suffragette: a celebration of women, created by women Suffragette will receive its official debut at the BFI London Film Festival, next week.

The film is set in 19th century London at the time of the Suffragist movement. It is written, directed and produced by women and stars big names including Carey Mulligan, Helena Bonham-Carter and Meryl Streep.

Suffragette tells the story of the British women who fought to gain the vote and the struggle they underwent. Based around Maud (Carey Mulligan), a factory worker, and her burgeoning friendship with her colleague and activist, Violet (Anne-Marie Duff). The film brings to life notable historical women including Emmeline Pankhurst (Meryl Streep), Edith New (Helena Bonham Carter) and Emily Davison (Natalie Press). Making history further, Suffragette is the first to be allowed to film in the Houses of Parliment, after MPs agreed access to the cast.

The film is the work of director, Sarah Gavron and screenwriter, Abi Morgan, who have both worked together previously on Brick Lane. Gavron has previously directed films such as Village at the End of the World and This Little Life. Morgan is also known for her work on The Iron Lady and The Hour. Clare Stewart, the director of the BFI London Film Festival, described the film as an, “urgent and compelling film, made by British women, about British women who changed the course of history.”

Explaining the reasoning behind the film being chosen to open the festival, Stewart said, “the strong woman is definitely the central theme of this year’s festival.”

The BFI London Film Festival is the largest film event in the UK and this year is showing over 200 films, varying from world cinema to Hollywood blockbusters. The festival also provides a platform for independent and upcoming film-makers and holds a programme of workshops and lectures.

Suffragette is due for nationwide release on 30th October 2015.

Watch the trailer for the film now:

To find out more about the film and about BFI London Film Festival, click here. 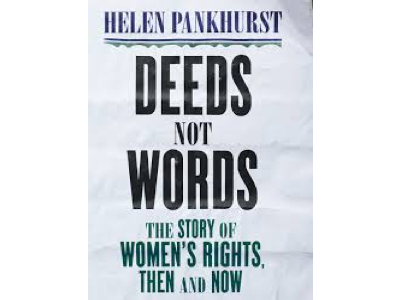