More than one in four people believe those in LGBT relationships should be ‘charged as criminals’, a new study has revealed.

The 2017 ILGA-RIWI Global Attitudes Survey questioned the viewpoints of over 100,000 people across 77 countries worldwide regarding sexual and gender minorities.

In the UK, one in six (17 per cent) of those surveyed said they believed that same-sex couples should be charged as criminals.

The highest percentage around the world was found in the 15 African countries surveyed, where 45 per cent of respondents agreed that those who engaged in same-sex relationships should be arrested.

36 per cent of of respondents from the Middle East agreed with that statement, in comparison with just 15 per cent of those in Australia and New Zealand.

19 per cent of those in North America, South America and Western Europe felt that same-sex couples should be charged.

Lead survey researcher and co-author of the report, Aengus Carroll said: “It is worrying that these attitudes towards criminalisation hover around the 20% mark in many developed countries,”

He added that the number was partly linked to a group of people who mistakenly link homosexuality to ‘darker things like pedophilia’, and could also be contributed to those with very traditional values.

Those surveyed who were religious were asked if it was possible to respect their religion while also being accepting of people “who dress, act or identify as a different gender” to that assigned to them at birth.

Almost half of those questioned (48 per cent) in the survey admitted they could respect their religion and accept same-sex couples, compared to the 30 per cent that felt the two were incompatible.

Carroll emphasised that there were positives to be taken from this part of the survey, given that many religious groups who teach that their faith does not accept people of sexual and gender minorities.

“This data is really surprising on that level in that it shows us the huge level of people who feel they can have respect for their religion and be accepting.”

When the responses from every country were taken together, 55 per cent agreed that equal rights should apply to gay and bisexual people, with almost 50 per cent saying the same for those who are transgender or nonbinary.

That figure rose to 73 per cent among those who knew someone within the LGBT community.

Respondents that didn’t know anyone who was gay or transgender were much less likely to believe in equal rights, at 44 per cent and 54 per cent respectively.

“It is universally clear,” the authors said, “that when respondents know someone belonging to sexual or gender minorities in their cultures their attitudes appear to be significantly more inclusive and inclined towards equal treatment.” 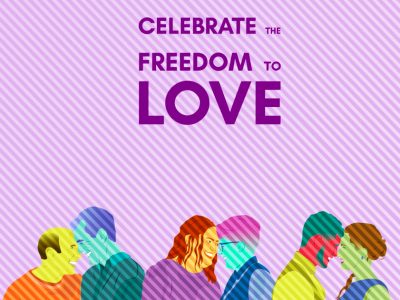 What is International Day Against Homophobia, Transphobia & Biphobia (IDAHOT)