0
You have 0 items in your cart
Go To Shopping
Home > Blogs > Life of a Lady Blog > Taking risks … when is it the right thing to do?

Sorry I’ve not written lately, I have been on my annual trip to Cape Town to touch base with my 22-strong family. I was the only one who left. It was a great risk to leave my home country, family and friends because when I arrived I knew not one solitary person in this country, not a second cousin three-times-removed. No one. And in a country which everyone in Cape Town assured me was full of reserved, fairly cold people who did not make friends easily if at all.

But I did take the risk. Following my dream to work in Fleet Street, then the Mecca of world-class journalism, I did not find people here cold or reserved. I met and am still friends with warm-hearted, interesting and supportive people, I got my dream job and eventually became a well-paid columnist, met and married … That’s another story.

Luck does play a huge part in a career which surely you have realised before now. And some people just have that gene and the instinct to follow their nose which invariably lands them on their feet, to mix several metaphors.

I was reminded of risk-taking a couple weeks ago. I was weekending in Johannesburg and met a really impressive young man. A Tamil Indian he was around 30 but looked younger and he was impressive because, even at this age, he had achieved a great deal. I met him because I am an international mentor for the Cherie Blair Foundation and he is engaged to my (white) mentee.

He was born in a slum area to a single mum but was lucky enough to go to school, not always the case then in South Africa. And he was fortunate in having a teacher who recognised he was good with words. ‘You should be a copywriter,’ she said. So he went to the library and asked the librarian to direct him to the copywriter department. She showed him the legal section! Anyway he soon realised the mistake and decided that was what he wanted to be.

Know what he did then? Only applied to the biggest most prestigious advertising agency in the country, Oglivie’s and his letter got him an interview. There they gave him two tasks, to write a letter from a vegetarian to a butcher and from a wrestler to apply for a job as a florist. And he got a job as a copywriter.

After spending a couple of years there he then took a risk and started his own company! When I spoke to him he had just left because the work, he said, was getting samey so there was no challenge. Leaving before getting another job is decidedly dicey but he had been offered one through a recruitment agency who were badgering him to accept the job probably so the agent could collect the commission. But on the horizon was another job only the interview was a week away. ‘What do you suggest I do?’ he asked me. My answer was uncompromising, ‘Take a risk. You obviously have the lucky gene so my advice is go for the job you want which I gather is the other one.’

Luck does play a huge part in a career which surely you have realised before now. And some people just have that gene and the instinct to follow their nose which invariably lands them on their feet, to mix several metaphors.

What happened? He lost the agency job and didn’t get the other one. So was the risk worth taking? In my view decidedly yes. If he had accepted the first job, the one he didn’t really want, he would have always wondered about the second.

Okay he didn’t get it but I believe in fate. There’s something better which he would have to be free to accept. And I’ve just heard that he is on the the short list for a job he says he could only have imagined. I hope he gets it. I’ll let you know. 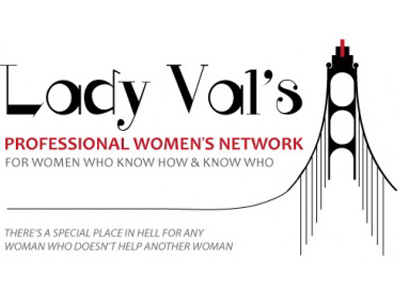 A network lunch in moving pictures | Life of a Lady