A note composed by two teenage boys has caused outrage for claiming that girls should dress modestly to stop “distracting” them from their studies.

Written by pupils and posted in the hallways of Breton High School, Alberta, Canada, the note said, “When you wear little to no clothing and dress provocatively because it’s ‘too hot out’ or because you think it’s ‘attractive’, you are putting boys at risk of having a distracting working environment and saying ‘Your clothing is more important than their education.”

“Instead of dressing like a THOT, value male education and dress conservatively.”

The poster was in response to another note posted in the girls’ bathroom which read, “When you interrupt a girl’s school day to force her to change clothes, or send her home because her shorts are too short or her bra straps are visible, you are telling her that making sure boys have a ‘distraction free’ learning environment is more important than her education.”

“Instead of shaming girls for their bodies teach boys that girls are not sexual objects!”

The term THOT, used in the boy’s note, is a derogatory acronym for ‘that ho over there’, which according to Wild Rose School Division Superintendent Brad Volkman was “clearly out of order.”

Speaking to CNN, Volkman went on to say, “It’s never appropriate for anybody, male or female, to blame anybody else for making them make a poor choice in terms of treating someone else with disrespect.”

However, Volkman went on to say that the students were expressing themselves and that they did not want them to be put off from having “good conversations.”

He said, “It’s a teachable moment for our student body.”

“We do not want to shut down good conversation, we want to help kids on how to have a proper discourse on controversial issues in a respectful way.”

Breton High School’s dress code currently stipulates that short skirts and shorts are prohibited, alongside exposed bra straps. It also says that cleavage and navels should be covered, and underwear should not be exposed. Any students found breaking this code are required to change or be sent home.

However, the boys’ attitude has caused outrage on social media, with many arguing that the fault lies with the boys. One Twitter user wrote that, “It’s not about girls choosing the right outfit, it’s about not objectifying and sexualising girls bodies.”

Alison is the Digital Content Editor for WeAreTheCity. She has a BA Honours degree in Journalism and History from the University of Portsmouth. She has previously worked in the marketing sector and in a copywriting role. Alison’s other passions and hobbies include writing, blogging and travelling.
Previous PostTapping into the talent of our women in the Middle East | EYNext Post“I don’t have bad days because I’m not a woman”, says Vladimir Putin 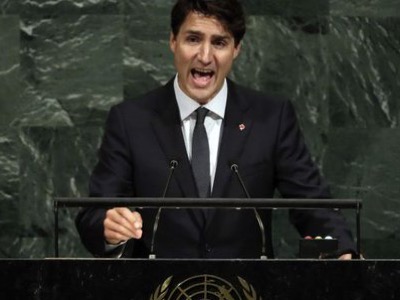